Update: Because there is apparent confusion about this, Nexus TV is not Android TV. Nexus TV, a cancelled project which is now known as ADT-1, is hardware. Android TV is software. Nexus TV would have run Android TV, as the ADT-1 does. Android TV is not directly implicated in this news, but it is obviously relevant. This is about a hardware team at Google - not a software one.

It's always interesting to hear internal Google gossip, and The Information's got a couple of tidbits this morning that are worth looking over. Specifically, they relate to [email protected] and the ADT-1 Android TV developer reference platform.

ADT-1 is, according to TI's Amir Efrati, a cancelled Nexus device project headed up by the lead of [email protected], Joe Britt. For a number of undisclosed reasons, the project never came together as a product, and so ADT-1 was born. ADT-1s were handed out to some I/O attendees and later mailed to others who requested one, and were billed as a piece of reference hardware for developers to build Android TV experiences upon. 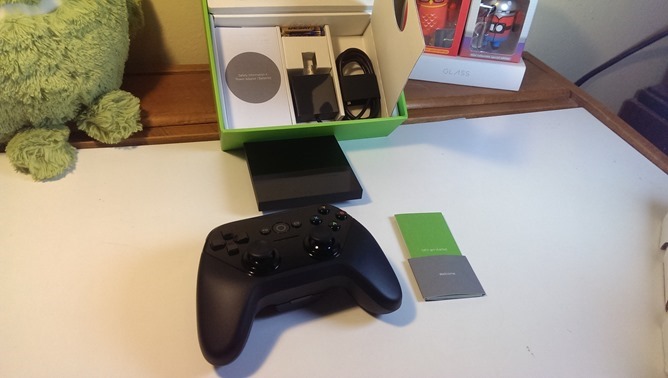 The design was actually originally known as Nexus TV, and it was to do, basically, what upcoming 3rd party Android TV devices will do - movies, TV, gaming, and apps on your television. Interestingly, a number of people who had worked on the Nexus TV have now ended up on the Chromecast team, the one successful TV product Google has created. I have to assume this also isn't good news for Google's Green Throttle acquisition, a company that had focused on producing a mobile-ready game controller (and who are probably responsible for the ADT-1's gamepad in large part).

Joe Britt has departed the company, though, and left the already doubtful future of [email protected] hanging in the balance, a group that has produced basically no end consumer products since its announcement over three years ago. The one time it did seem like something would happen there - with the Nexus Q - the product launch was scuttled after reactions to the spherical entertainment hub device began pouring in, most of them decidedly negative.

In vaguely-related news, TI is also reporting that Scott Bartlett, one of the key architects of Nexus hardware, has left Google as well. Regardless, it seems nearly safe to say at this point that [email protected] is probably on the chopping block, and if it isn't, that the project will be undergoing a serious restructuring now that Britt has departed. Given that Google also now owns Nest and Dropcam, it seems like it may be moving away from a vision of a Google-powered smarthome to one that is merely Google-compatible.

Flipboard Will Now Show You Video Ads, But Thankfully They Won't Autoplay