Shazam, the app that makes identifying songs and TV show sound bites simple, also makes acquiring said content easy as well. Now the company has announced that it's adding Google Play Music to the app's list of supported streaming services and is integrating it directly into the experience. It's even giving Google's offering top placement.

The latest version of the Android app shows the store alongside Rdio, Beats Music, and Spotify. The option to stream is available in a drop-down arrow next to the play button. It's adjacent to a new Get It On Google Play button that will kick you out to the Play Music app to make the purchase. 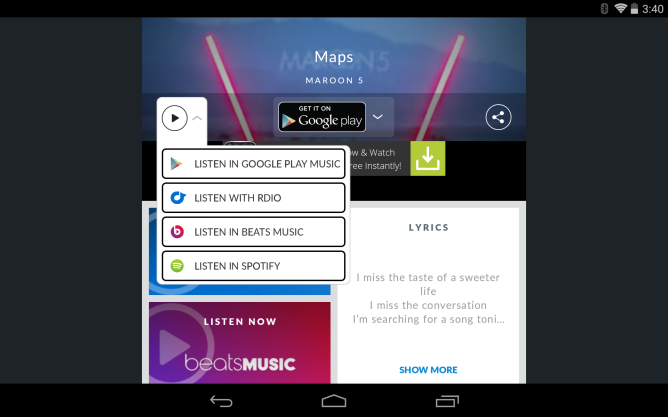 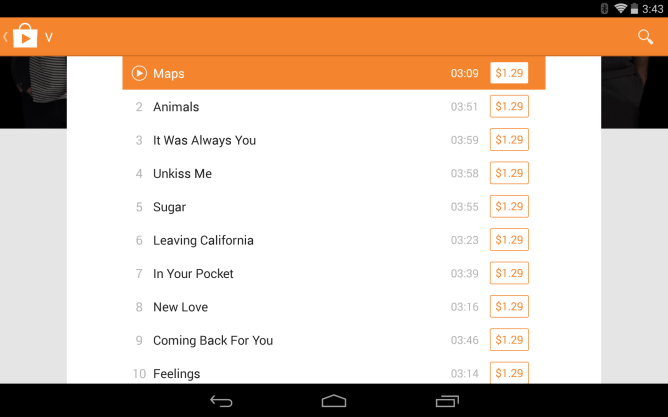 This change is present in the app right away. To take advantage of it, hit up the widget below.