Google evidently sent out invites for the official Android One launch event at the beginning of the month, and partner Karbonn is already teasing that its device is coming soon. Meanwhile, however, Spice may have let its own cat out of the bag. A Flipkart listing seems to show the Android One Dream UNO, which purports to be the first Android One device from Spice. 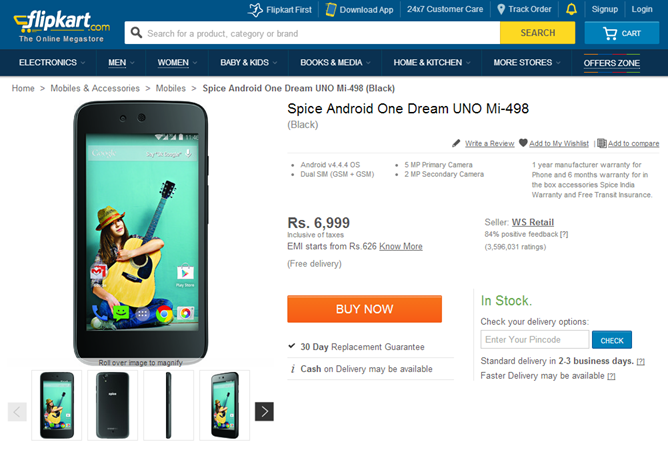 There are just a couple of days left until the official Android One announcement but for now it looks like this is our first peek at Android One hardware. Hit the link below for the full listing.

Update: It looks like the Flipkart listing has been pulled for now. It shouldn't be long before we see it pop up again.

[Weekend Poll] After Seeing Reviews And Initial Opinions, Are You More Or Less Interested In A ...