Update: Verizon has started sending out the HTC One M8's over-the-air update bringing Android 4.4.3 and the Extreme Power Saving mode. Check out the image below for the provided change log. 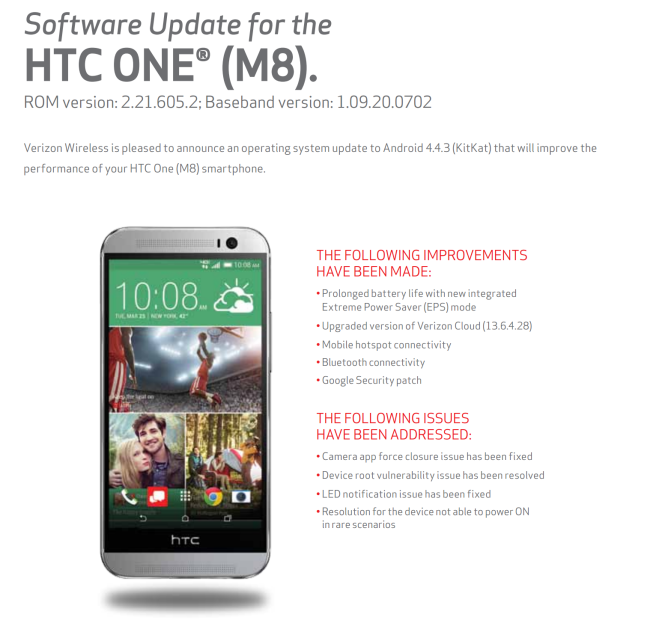 HTC's Vice President of Product Management Mo Versi has announced in a tweet that Android 4.4.3 is coming to Verizon's version of the HTC One M8 on Wednesday, September 10th. In addition to the higher release number, the over-the-air update will also include the long-awaited Extreme Power Saving mode.

This update will land a week after the feature arrived, ironically, on Verizon's version of the HTC One M7. With this OTA, a feature that debuted with the global launch of the M8 will have managed to hit every other version of the handset and last year's flagship before making it to Verizon's. Even for the Big Red, that's something to be proud of.

Full Fat Releases NFL Kicker And NFL Quarterback 2015, Hopes To Drive The Ball Into Your Bank ...

Rumor: HTC's On Again, Off Again Android Wear Watch Is On Again And Scheduled For 2015