Oh selfies, how I loathe thee. You democratized and bastardized descendants of the self-portrait, you brothers of the awkward meal photo, you poorly-angled posers, you absolute scourge of social media. But alas, I appear to be in the minority, at least if the increasing focus on this hated term is anything to go by. You can't blame the manufacturers for making "selfie cams" - they're just giving the people what they want. And HTC is poised to do just that in New York City next month. 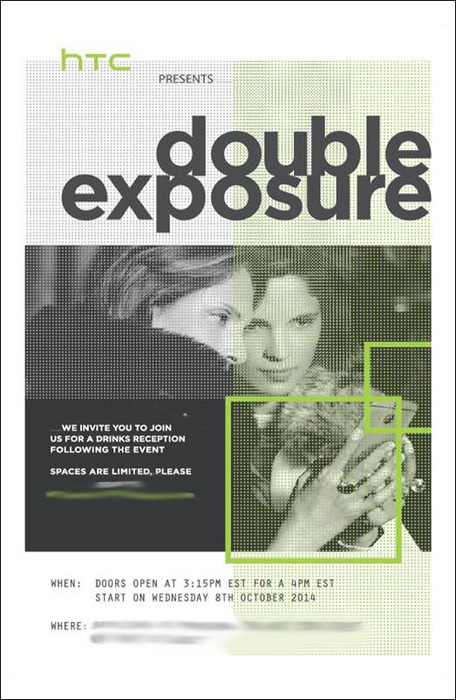 A press invitation for an October 8th event reads, "Double Exposure," and shows a stylized photo of two women using an HTC One M8 to snap a selfie. That's not much to go on, but we can assume that HTC will be announcing something vaguely phone-like, and probably (but not absolutely) running Android. The text of the email sent to Android Police included the instructions, "Please include a selfie with your RSVP." Ugh.

We haven't heard of any major new devices coming out of Taiwan, but if I were to guess, I'd say that HTC intends to launch the new Desire 820 or a modified variant of that phone for one or more American carriers. The 820 was announced at IFA in Berlin last week, and despite its somewhat mid-range internal specifications, the front-facing camera is an impressive 8 megapixels.