Remember Grooveshark? It's OK if you don't - after all, the controversial music sharing app hasn't been available on the Play Store for more than two years after it made its amazingly brief debut. But users can still get the app as an APK download on Grooveshark's site, and last month they were thrilled to find that it supported Google's Chromecast streaming gadget. Until today, when Google unceremoniously blocked it from accessing Chromecast features... reportedly at the request of the RIAA. 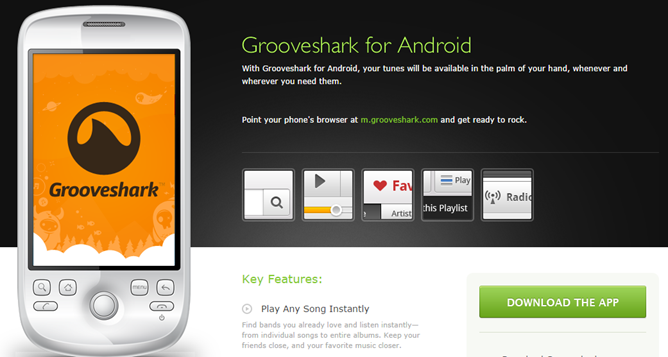 Yes, the Recording Industry Association of America is still alive and kicking, serving as the real-world embodiment of John Lithgow in Footloose. The RIAA has objected to Grooveshark's business model for years, because it allows users access to streaming music verified by scanning ID3 tags as well as manual uploads. Subscription users can also stream songs and playlists from the libraries of other users, a huge sticking point for the RIAA and similar organizations in the Americas and Europe. Despite the fact that Grooveshark pays licensing for its music, the record labels have managed to get Grooveshark pulled from both Google Play and the iTunes App Store, and one label is trying to get it blocked entirely in the UK.

That being the case, it's hardly a surprise that Google alerted Grooveshark to a violation of the Chromecast terms of service. The Next Web reports that the Grooveshark development team says they are working with the Google Cast support team to get the app reinstated... but I wouldn't hold my breath. Oh well, perhaps Grooveshark subscribers can get a work-around when screen mirroring to Chromecast becomes commonplace.

Source: The Next Web