Version 37 of Chrome for Android was the biggest update in a while, at least in terms of user experience, but the march of progress never ceases. Version 38 just hit the Play Store, and while it's not exactly earth-shattering, people who obsess over the bleeding edge of Google browsers will find something interesting. According to the Chrome release blog, the new update includes additional Material Design user interface elements and new support for Android's battery status and screen orientation APIs. 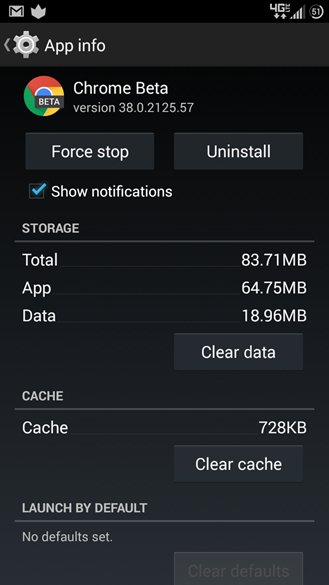 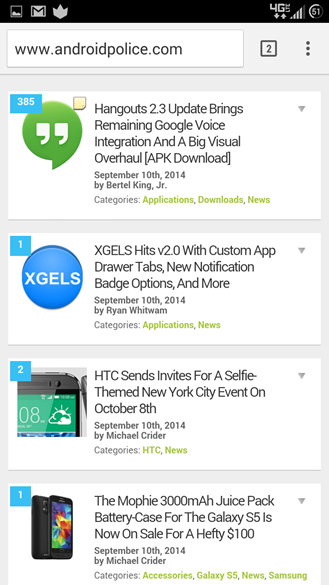 If you're running Android L on your Nexus 5 or Nexus 7, you might also see a new option in the Settings menu. "Merge tabs and apps" would seem to indicate the kind of functionality that we've seen in "Project Hera" and confirmed at Google I/O. Unfortunately, it doesn't seem to work yet. SystemUI has been crashing periodically since we've turned that slider on. 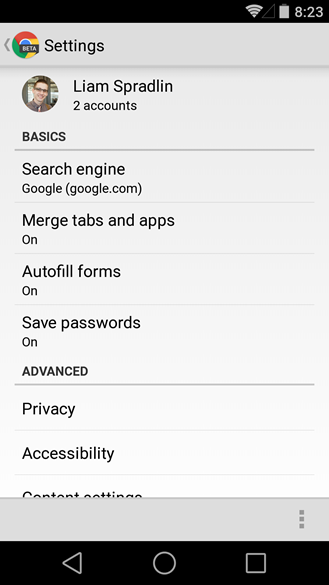 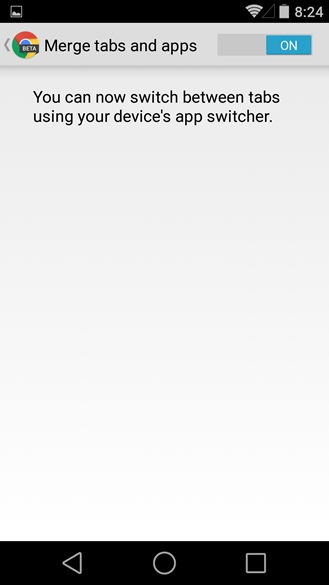 Even if you don't have an Android L build running, you can access the new "touch to search" feature. Head to Chrome://flags, scroll down to the "Enable Contextual Search" entry, then set it to "enabled" and restart Chrome Beta. You should now be able to tap on any non-linked text and see a pop-up window appear on the bottom of the screen. Tap that window and a quick Google search will open up on top of your current tab, which fades into the background. Tap any of the search results on top, and you'll open a new tab. Very handy. 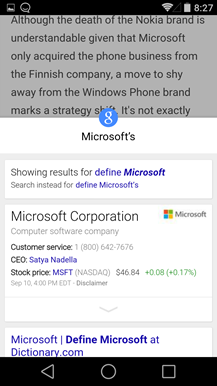 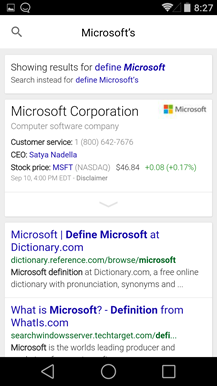 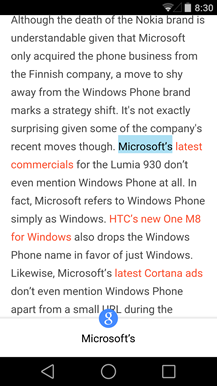 Beta 38 also includes "lots of bug fixes and performance improvements," but we've already found one addition that's causing some major problems. On one AP staff member's Galaxy Note 3, pressing either the hardware menu button or the "hamburger" button in the action bar causes Chrome Beta to instantly crash, with no way around it that we've found so far. Other devices don't have quite as much trouble, but performance has taken a serious hit. But hey, that's why they call it a beta. We can't find the additional Material Design elements, so they're probably quite subtle.

These issues might be patched out in an incremental release, or they might not. If you don't want to deal with them, I'd recommend sticking with the regular build for now.

Sony Pulls The Plug On Future Updates For The Xperia L, M, C, And SP