Around a month ago, we reported that Google had seemingly changed the refund window for paid apps and games on the Play Store to two hours. We tested our theory extensively, and 2 hours was the figure we landed on repeatedly. Now, the change is official: Google has updated the refund policy for paid apps and games on the Google Play support site to reflect the change to a two-hour window. 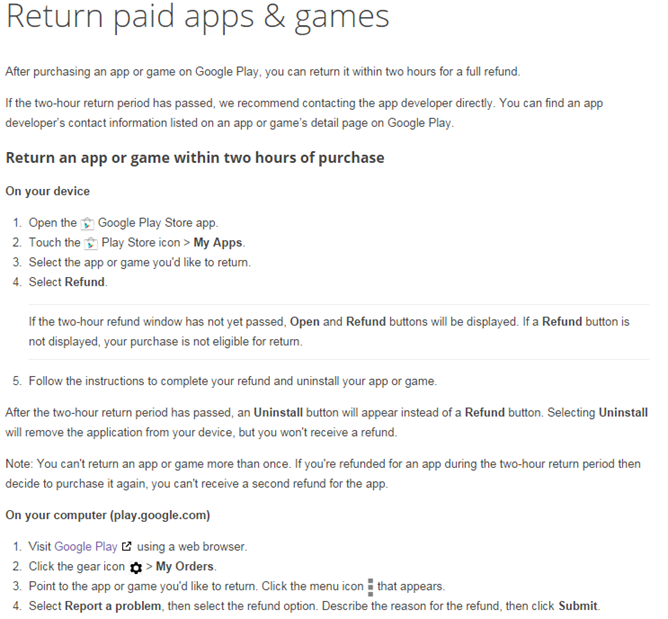 This is certainly good news, given that the switch to 15 minutes back in 2010 came after a much more lenient 24-hour window, and ever since there have been complaints about the short time allocated to try out new apps, particularly large, expensive games. As we stated in our original post last month, this has been live for some time, but now it's policy.