It's estimated that the build-your-own-adventure sleeper hit Minecraft has sold over 50 million copies on various gaming platforms, including more than 5 million of the Pocket Edition on Android. How much would you say that Mojang, the Swedish developer co-founded by Markus "Notch" Persson, is worth? If a recent report from the Wall Street Journal is to be believed, Mojang and its properties are being acquired for a staggering two billion dollars by Microsoft. 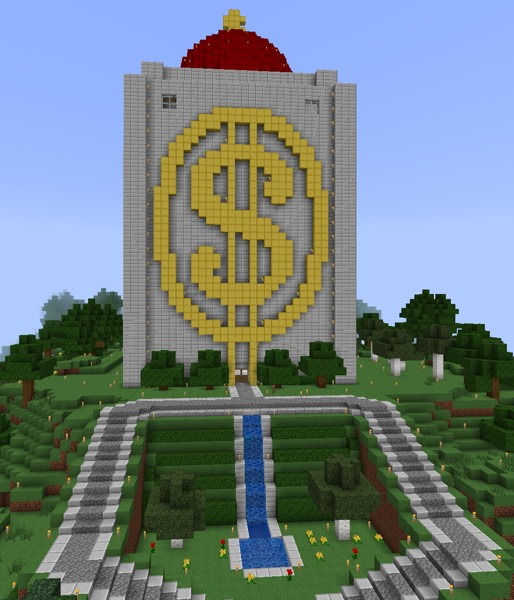 Microsoft's interest in the company is clear: Minecraft has sold 12 million copies on the Xbox 360 alone, and it has slowly become a cultural phenomenon. Since its unfinished launch in 2011 it has expanded into branded toys and merchandise, an appearance on South Park, and even slightly confusing Minecraft LEGOs. There are innumerable Minecraft clones and spinoffs on Android, an Android Wear app, and gaming conventions dedicated solely to the addicting open-world building game. In short, getting primary and possibly exclusive access to Mojang and Minecraft would be a big win at a point where Microsoft could use a major differentiator versus Sony and the PlayStation 4.

Mojang's motivation for selling seems a little more murky. The company of a mere 40 people pulled in approximately $140 million in 2013, so they're in no need of capital to survive. "Notch" has frequently criticized large gaming companies like Electronic Arts, and almost two years ago he slammed Microsoft for attempting to certify the desktop version of Minecraft for availability on the Windows Store.

Got an email from microsoft, wanting to help "certify" minecraft for win 8. I told them to stop trying to ruin the pc as an open platform.

I'd rather have minecraft not run on win 8 at all than to play along. Maybe we can convince a few people not to switch to win 8 that way..

Neither Microsoft nor Mojang have commented publicly on a purchase, and the Wall Street Journal cites only "a person familiar with the matter." (That being said, the WSJ almost never publishes acquisition information like this without being absolutely sure of the outcome.) If a deal does come through, it's unlikely that versions of Minecraft for non-Microsoft platforms like PlayStation and Android will be discontinued any time soon - they're simply making too much money.

iPhone 6 And 6 Plus: Apple Finally Admits It's Playing Catch-Up, Does Mostly Right By Users