As a personal user of the DROID RAZR M, I've got to say that Motorola's 2012 line of branded DROIDs have held up remarkably well. That's due in no small part to frequent and relatively speedy updates. The latest one doesn't come with a new version of Android (they're running 4.4.2 at the moment), but it does have a few security enhancements and improvements to the default messaging app. 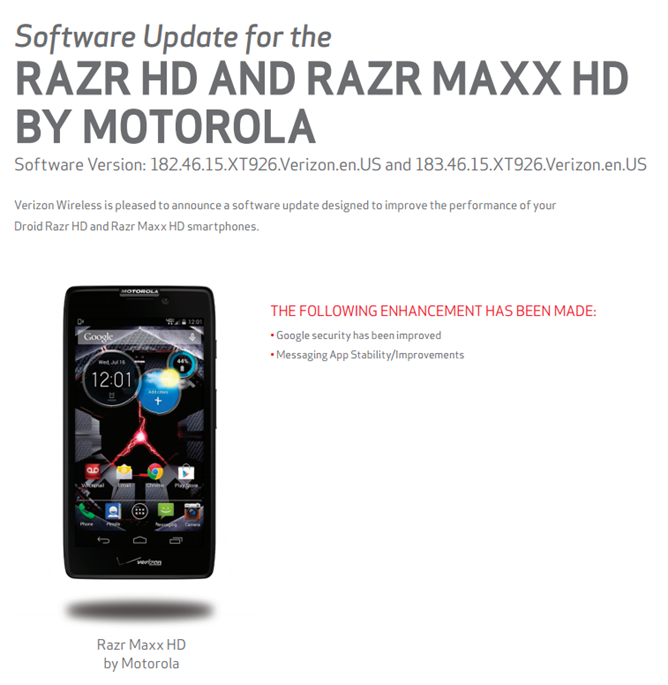 Users of the DROID RAZR HD, the DROID RAZR MAXX HD (which has nearly identical software), and the smaller DROID RAZR M should be seeing the updates presently. Exactly what "Google security enhancements" the update includes isn't detailed, but presumably either Motorola or Verizon was getting complaints about text messages.

You know the drill: wait for the over-the-air update alert or furiously pound the "check for system updates" button in the settings menu, then get crackin'. If you're running rooted you might lose your privileges after updating, but the bootloader for all three of the 2012 DROIDs has been cracked, so some intrepid XDA member should find a work-around eventually.

SNK Makes The Rhythm Of Fighters Free To Play, But Those Who Bought The Game Get A Bonus