Update: Motorola responded to Ars Technica's post on the same iFixit story to explain the battery discrepancy. According to the statement, 300mAh is a "minumum rating" for the battery manufactured by Pro-Power, while 320mAh is a more typical rating. (Batteries are much less precise in terms of capacity than, say, a RAM DIMM.) The mix-up reportedly stems from the fact that they simply didn't have room for both a minimum and maximum rating on the tiny label, and erred on the side of caution - after all, end users aren't really supposed to see it. You can read Motorola's full statement at Ars Technica.

Every time a popular new gadget comes out, the folks at iFixit tear it apart (so that they can fix it). Normally these exercises are interesting in the same sense of a 9th grade frog dissection  - you get to see a lot of stuff you can't from the outside, but there's nothing really unexpected. The Moto 360 smartwatch is a little different. Even ignoring the novelty of its jam-packed electronic interior and a semi-circular screen, the Android Wear device has at least one shortcoming compared to its own specification list. 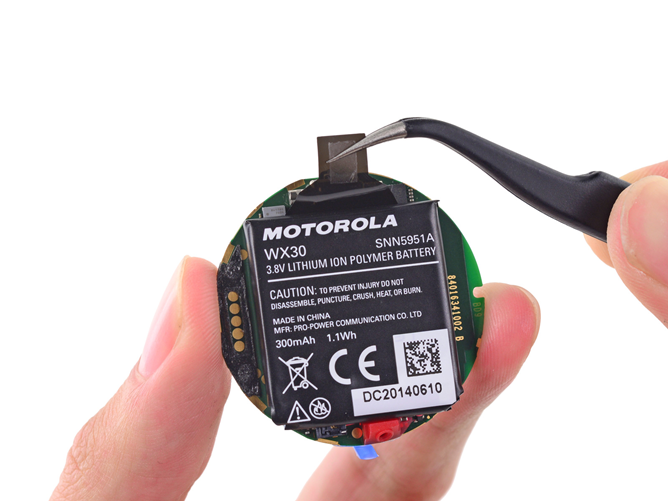 See, the lithium polymer battery that iFixit found inside at least one Moto 360 has a marked capacity of 300mAh. But right on the Play Store page and Motorola's own promo page, you can see that the "official" capacity is 320mAh. Now a drop of around 6% in capacity normally wouldn't be that big of a deal. But early reviews of the Moto 360 are already showing that in some situations its battery life is significantly poorer than that of previous Wear devices like the LG G Watch (400mAh) and the Samsung Gear Live (300mAh).

Of course, saying that your watch has more battery capacity than it actually does is a no-no as well. We don't know if every Moto 360 watch is identical - manufacturers often use comparable parts in the same device if there's a shortage. But considering that the Moto 360 just launched, it's reasonable to assume that a considerable portion of early adopters are getting a battery that's slightly smaller than the one they were expecting. I'm guessing that either there's been some kind of mixup between Motorola's engineering and marketing departments, or someone made a last-minute supply change and there wasn't time to update the specification list. 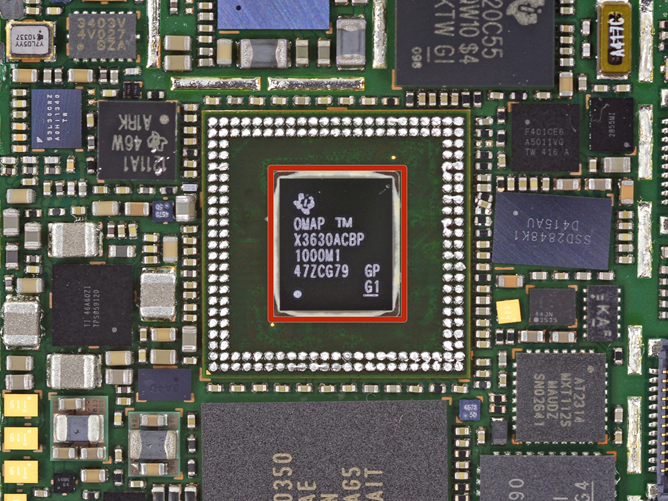 The rest of the teardown is interesting from a technical angle, and performed with iFixit's usual fantastic photos and documentation. The Texas Instruments OMAP 3 processor at the heart of the Moto 360 is notable, if only because it's so old - it's the same thing that runs the old MOTOACTV and other devices from up to four years ago. Compared to the Snapdragon 400 in the G Watch and Gear Live, it's ancient, and it might account for those poor battery reports.