Amazon has finally (finally!) brought its Prime Instant Video service to Android devices with an Instant Video app available through its own app store.

The news comes as part of an update to version 5.0 of Amazon's own app in the Play Store, which sees a broader content shift - the new Amazon app allows users to access Amazon's entire digital catalog, meaning that - besides instant video content - users can shop for (and install) apps from Amazon's app store. This ostensibly makes the Amazon App Store app obsolete, though the old app will still need to hang around on your device to verify apps that use Amazon's optional DRM system. Whether this will change in the future is unclear. 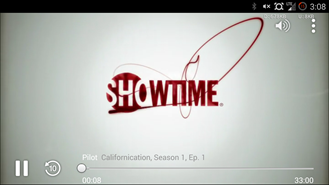 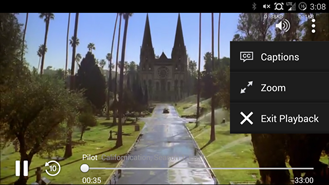 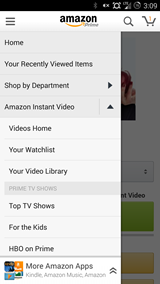 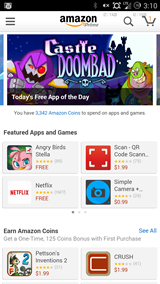 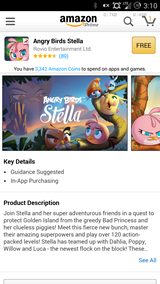 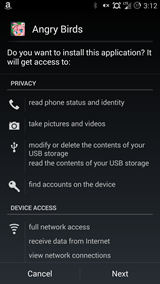 Amazon is also offering up 5GB of free photo back-up space through its Cloud Drive service with the update. Here's the full change log from the Play Store.

• The new Amazon App for Android phones now enables US customers to discover and purchase all of Amazon’s digital catalog, in addition to an award-winning mobile shopping experience on hundreds of millions of physical goods

For now, the Amazon app seems to have spotty compatibility. For instance, the app seems to be compatible with phones, but only certain tablets - the Nexus 7 and 10 seem to be excluded, while my G Pad 8.3 is inexplicably compatible. It's unclear whether Amazon's dedicated tablet app will get a similar update. It's also worth noting that there's no Chromecast support just yet.

What's unclear right now is how Google will feel about this move, as it generally discourages the distribution of third party app stores through the Play Store.

If you haven't already, grab the updated app below. If you want to skip straight to the Instant Video app, here's Amazon's app store listing.

Given the limited compatibility of the Amazon Mobile app and absence of an update for Amazon's dedicated tablet app, we've decided to go ahead and post the APK here for readers to try out. You'll also find the Instant Video APK below, though it's unusable without the Amazon app. The APKs are signed by Amazon and the cryptographic signatures guarantee that the files are safe to install and have not been tampered with in any way.