Summertime is conventionally considered a slow season for game releases, at least in the console and PC world. But thanks to the ceaseless environment of mobile design, there's been no noticeable slowdown in the world of Android games. In fact, we're seeing a pretty constant flow of both original titles and ports from older consoles and iOS. Below are our top seven picks for August's new games, along with some honorable mentions.

Android Police coverage: Math Nerds And Card Nerds Can Both Geek Out With Calculords, Now Available On Android

Calculords is an odd mix of a Magic-style collectible card game, Math Blaster, and lane-based defense. Your deck of cards includes offensive units, pushers, and vehicles of various configurations, plus "buff" cards that act a lot like spells. The trick is that there are no manna or energy points: you deploy your cards by adding, subtracting, or multiplying numbers in your own personal pool, kind of like the numbers section of the game show Countdown.

Earth has been destroyed by the evil Hate Bit and you are the Last Star Nerd. Only you can control mighty armies with Calculord Cards and battle to the edge of space. Innovative collectible card gaming combined with number puzzles and turn-based tactical combat. Clever use of numbers lets you deploy starships, soldiers, tanks, aliens, and devastating tactics. You'll have to be several kinds of brilliant to save what's left of space. Android Police coverage: [New Game] Square Enix Has Dragon Quest IV Behind The Counter, Will Let It Go For $14.99

At a whopping $14.99, Dragon Quest IV has a lot to live up to, and the 2D Japanese RPG Nintendo port doesn't disappoint. With 8-bit graphics, story and character development, and AI battles, Dragon Quest IV will give you a lot of play time in its 5 chapters (and a bonus one) with no other IAP requirement.

Dragon Quest IV, the first instalment in the Zenithian Trilogy, is now out on mobile devices. This epic adventure, unfolding over five unique chapters, each focusing on a different cast of characters, can now be enjoyed on your Android devices. Enter a fantasy world of sword, magic, and monsters with over 40 hours of gameplay in one standalone package. 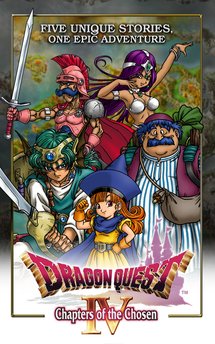 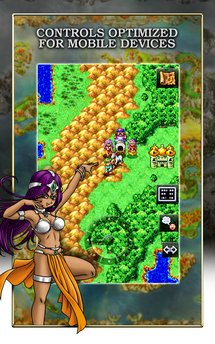 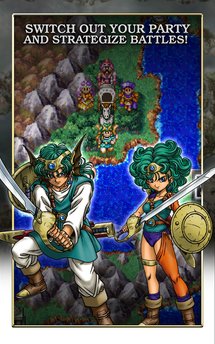 Android Police coverage: 3D Puzzler 'Back To Bed' Is A Kickstarter Success Story That Will Let You Rest Easy

This 3D puzzle game takes a lot of inspiration from some of the bigger indie hits on PC, but thanks to a visual style that borrows heavily from Salvador Dali, it manages to stand on its own. A somnambulist is tottering through precarious multi-faceted levels, and it's your job to steer him to the end, in order to keep him from taking the Big Sleep. The game is trippy to say the least, and as a true premium title it includes no in-app purchases. MOGA controllers are supported.

Back to Bed is a 3D puzzle game set in a unique and artistic dream world, wherein you guide the sleepwalker Bob to the safety of his bed. To achieve this, you must take control of Bob’s subconscious guardian named Subob. The pair travels through a surreal and painting-like dream world, filled with objects used to guide Bob towards the Bed, but also dangers that must be avoided. Skulls of the Shogun

If undead Samurai warriors or generals and turn-based strategy games are your thing, you'll enjoy Skulls of the Shogun. With hand-drawn graphics, fast-paced action, quirky humor, a 24-level single-player story, local multiplayer and online multiplayer modes, and no IAPs, there's a lot of value in the game's $1.99 price.

Crush your enemies and eat their skulls. Skulls of the Shogun is a fast-paced turn-based strategy game, supercharged with fighting-game flair and double-stuffed with a serious sense of humor. Enter the Samurai Afterlife and join forces with undead warriors, magical monks, and mighty mustachioed samurai generals. 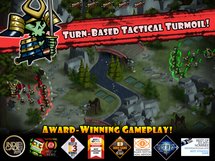 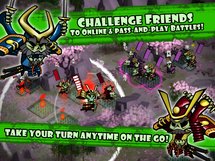 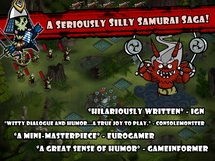 Despite being impossibly hard to master, Duet is the kind of simple arcade game you will keep coming back to, if only because you know that level must be achievable. You control two orbs that twist in sync in order to avoid falling blocks. These spin and zigzag, wrecking your calm and sense of coordination. As Ryan said in his review, "Duet is brutally difficult," but it is the game's requirement of perfection that makes it so much fun to play.

Enter a mesmerising trance of co-dependence in Duet. The rules are simple: control two vessels in sync, survive against all odds and keep calm. Your survival is dependent on protecting two vessels - they are devices in sync, a dance and song between two entities tethered together in symbiosis. Feel edge of your seat terror where the world around you becomes quiet and numb as all that matters is the game living between your palms -- that is Duet. 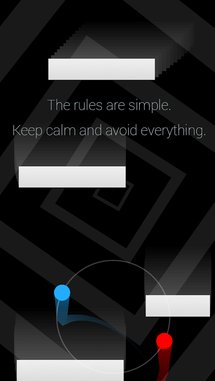 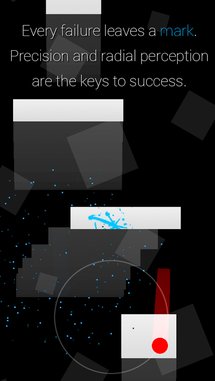 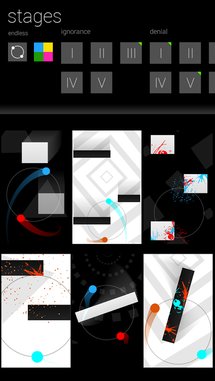 Android Police coverage: Surgeon Simulator Is Now Out For Android So That Even The Most Unqualified People Can Operate

Unlike "Operation," where hand dexterity and perfect movements are required, Surgeon Simulator asks you to do your worst while operating on Bob, the poor patient lying on the gurney and hanging on to dear life with a couple of tubes. Surgeon Simulator is a lot of brainless fun—get it? Geddit?—especially when you start mixing dentistry with general surgery and a bit of eye transplant, while taking the trolley out in the corridors because operating room theatres are just dull.

Take urgent care of the world's unluckiest patient, Bob, with your very own shaky hands. As the would-be surgeon Nigel Burke, perform all kinds of crazy surgeries to try to save his life -- or fail hilariously in the process while poor Bob... Well, dies. Join the ranks of more than one million players who butchered Bob for the amusement of 250 million people who watched the failed surgeries on YouTube, now from the comfort of your awesome Android tablet, anytime, anywhere. Hospitals don't get any better than this, really. 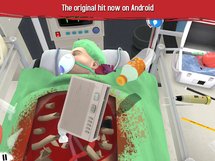 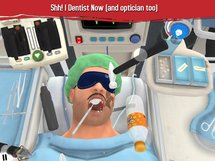 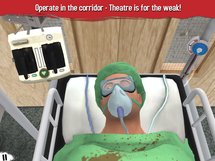 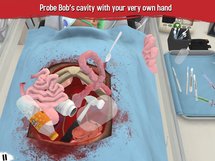 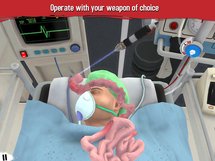 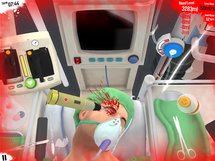 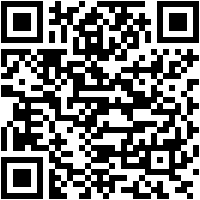 Android Police coverage: In Bio Inc. - Biomedical Plague, Disease Is Your Weapon And Patients Are The Enemy

In Bio Inc., it's your job to kill the patient by completely natural means... which, as it turns out, can be pretty horrible. You play an unnamed entity inflicting disease and debilitation on a single person, who functions as the "level." As you level up the disease and work on disabling multiple systems, the doctors and patient will fight back. It's an interesting and (mostly) accurate look at various diseases and risk factors. It's also really creepy to try to kill someone so surreptitiously.

Bio Inc is a biomedical strategy simulator in which you determine the ultimate fate of a victim by developing the most lethal illness possible. Upgrade your diseases, boost risk factors and slow down your victim’s recovery before a team of highly motivated doctors find a cure and save him. 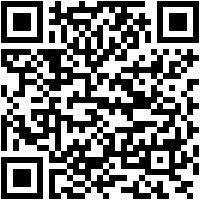 Apologies for getting this roundup out a little later than usual -the IFA technology conference in Berlin was held in the first week of September, so the Android Police writing staff has been a bit swamped with news and hands-on coverage. Also, I'd like to extend a personal thank you to our newest writer, Rita El Khoury, who covered the weekly app and game roundups while I was on vacation.