A shadowy figure stalks through a top secret missile facility while weapons-grade lounge music plays in the background. Nationalist propaganda lines the halls and the livery of gun-toting soldiers, ignored by our clandestine hero. He glides in, achieves his objective, and slips out, never intending any unnecessary harm... but not afraid to bust out the hardware or hand-to-hand skills if necessary. It sounds like the opening to a Connery-era Bond flick, but it also describes CounterSpy, a new PlayStation Vita port from developer Dynamighty and published by PlayStation Mobile. 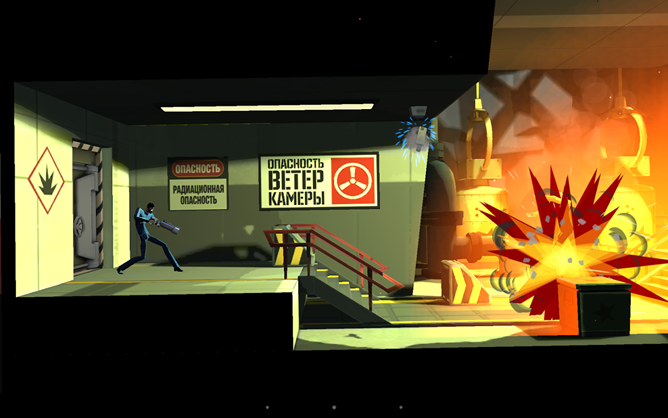 In CounterSpy, you play a member of a nationless organization dedicating to keeping the Cold War status quo and preventing either side from gaining the upper hand. Gameplay takes place in 3D environments, but your character walks along old-school 2D paths, making it feel like a standard stealth platformer not unlike the excellent Mark of the Ninja. But when you go into cover, your character pulls out one of his weapons and gets to work in a 3D shooting gallery. The sprawling procedural levels mixed with stealth objectives and 3D shooting make for a game that mixes the exploration of games like Metroid with the sneaking and combat of Metal Gear Solid.

But the biggest draw for CounterSpy is probably the aesthetic. The bright colors and simple character models make it look like a James Bond movie done by Valve's Team Fortress 2 team. The funky visuals and music are the perfect accompaniment to the themes in the story. The game seems to work with SHIELD controls and might be functional with other controllers, but I confess, I haven't been able to get the shooting to work without using the touchscreen. CounterSpy is currently "on sale" for $5, and it has no ads or in-app purchases. 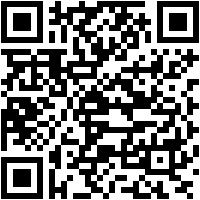