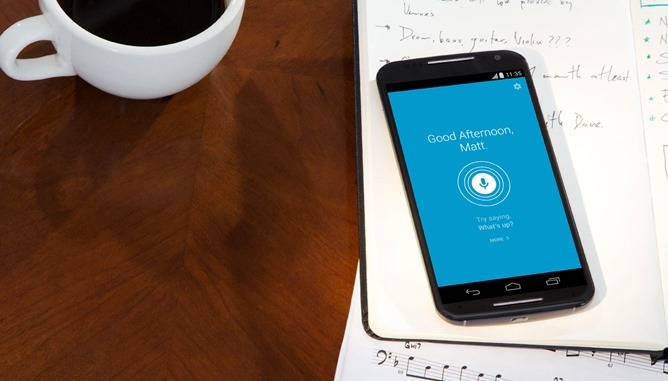 Note, he didn't just say the last generation Moto X, but the Moto G and E are probably part of the deal as well. That may actually be why he had to equivocate on hardware support. The Moto G and E don't have what it takes to do things like always-on voice. If you have the original Moto X, it's likely that you will soon be enjoying the updated Moto Voice (previously Touchless Control) features like app integration and custom launch phrases. This app has already been updated in the Play Store with support for the new Moto X. Users of the old device are advised to stand by.

It also looks like Active Display is being renamed "Moto Display," though the app hasn't been updated yet. Details on what exactly is new here are still scarce, but we know the layout has changed with three notification icons visible at a time. These changes should also work just fine on the old Moto X. The camera will gain the ability to capture multiple images when you tap the shutter button and let you pick the best "version" of the pic. This might be another feature that's hardware dependent on older devices.

Motorola will probably also make changes to apps like Assist and Alert, but there aren't any solid details on that yet. You can more than likely expect those to show up on older devices too. So even if you are stuck with a last gen Moto X on contract, it's not the end of the world.