Lenovo is an up-and-coming player in the Android world, having taken the Chinese smartphone market by storm in the last couple of years. Now that it owns Motorola, we'll likely be hearing the Lenovo name even more often over here in the US as the company seeks to expand the presence of its Android portfolio across the world.

This is probably especially true of tablets, which Lenovo has consistently been creating for a number of years now, and an area where Motorola has generally fallen flat. The Tab S8 is Lenovo's latest slate to run Android, and on paper it's a pretty beastly piece of kit. A brand-new Intel Bay Trail-T quad-core processor (1.83GHz) powers the S8 along with a PowerVR GPU, and the S8 does seem quick. 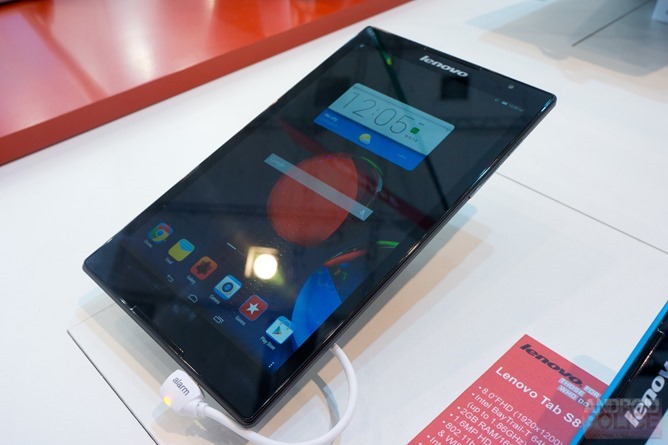 The 8" 1920x1200 IPS LCD display seems pretty good to my eyes, especially given that the S8 is going to retail for a staggeringly cheap $199 in the US. 2GB of RAM, 16GB of storage (no microSD correction: yes there is a microSD slot), dual front-facing speakers, rear (8MP) and front (1.6MP) cameras, and a 4290mAh battery round out the specifications. There will be an LTE model, though I kind of doubt we'll see it stateside. 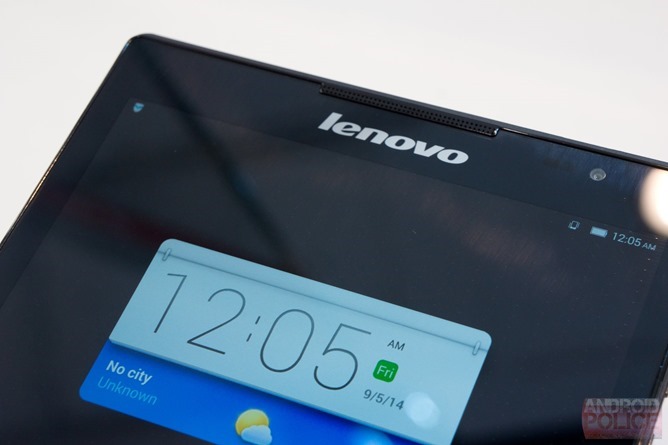 Like most things Lenovo, the Tab S8 really isn't about design: it's not a particularly pretty device, and feels a lot like the sort of cheaper Android tablets we've seen for a couple years now. Granted, the price is a compelling counterpoint here, so I'm not going to linger on it.

Performance-wise, I found the S8 pretty fast with most things I threw at it, though obviously with just a few minutes I can't get too detailed about my impressions there. At around 300g it's not all that heavy, either, a trend I'm really liking in tablets these days. Given its price and specifications, the S8 seems ready to compete aggressively with other tablets in this part of the market. For real Android enthusiasts, though, Lenovo's rather heavy UI layer and murky update track record are probably reason enough to stay away. 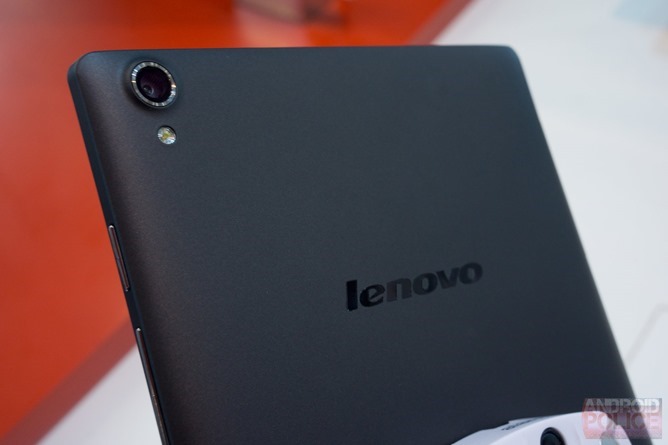 The Vibe Z2 Pro is a phone that you'll probably never see outside of Asia - it's a super high-end 6" quad HD device with a 4000mAh battery and a Snapdragon 801 processor. Downright beastly as it is, it's still saddled with Lenovo's UI experience, and I'm probably even less of a fan of it on a smartphone than I am a tablet like the S8 - no app drawer and a lot of unnecessary skinning. 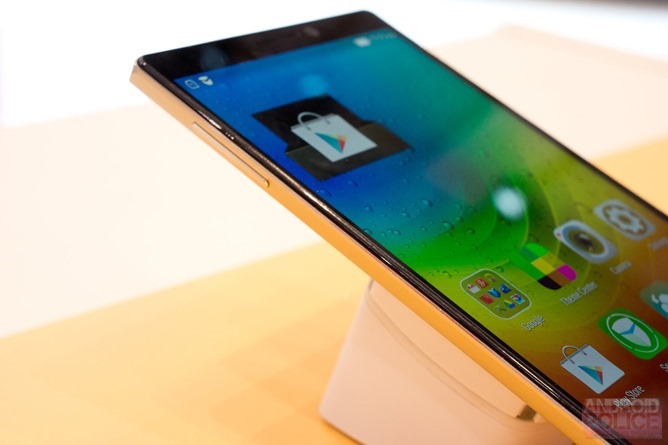 Still, it's an impressive phone, and Lenovo is playing up its 16.4MP "true" 16:9 rear camera sensor, 3GB of RAM, and that massive battery in an attempt to set the flagship trend in China. It's certainly impressive - and I really like that IPS LCD, it seems very bright and vivid - but considering its limited geographical scope, I wouldn't be getting my hopes up.

Design and ergonomics once again really aren't high on Lenovo's list with the Z2 Pro, it's an extremely utilitarian shape, and those capacitive navigation buttons are completely unlovable. It's a heavy phone, too, at 179g, and I wasn't a fan of its many sharp edges. This phone clearly wasn't designed with western markets in mind, though, and I'm sure Lenovo's still going to sell a boatload of them in China.