Welcome to the latest entry in our Bonus Round series, wherein we tell you all about the new Android games of the day that we couldn't get to during our regular news rounds. Consider this a quick update for the dedicated gamers who can't wait for our bi-weekly roundups, and don't want to wade through a whole day's worth of news just to get their pixelated fix. Today we've got a mix of Minecraft and tower defense, a unique hand-drawn racer, a word puzzle game, and an old-school top down shooter. Without further ado:

Regular Minecraft players know that the game's day and night cycle already includes some de facto tower defense elements, but Block Fortress expands the exploding bad guy combat into a fully-fledged first person shooter and defense crossover. You build your fortress Minecraft-style, collecting resources and unlocking recipes, then arm yourself with any number of blocky boomsticks. The monsters are coming. Unfortunately, the $2 price tag doesn't protect you from in-app purchases.

Build your fortress, and defend it to the end. Block Fortress gives you the freedom to create a stronghold in almost any way you can imagine, and then puts you in the middle of the action trying to defend it from the relentless attacks of the menacing Goblocks. Put your skills as both a builder and a fighter to the test as you try to survive as long as you can.

• a unique mix of TD and FPS gameplay
• complete freedom to build your base any way you choose, from towering fortresses, to sprawling castles
• customize your blocks, weapons, and equipment using a massive crafting system
• team up with your friends in 2 player cooperative multiplayer
• fortify your walls with over 30 different building blocks
• defend your base with 16 advanced turret types
• gear up your avatar with tons of weapons and equipment KittenTaxi is a game about a kitten who drives a taxi. That curt summation really doesn't do the game justice, though: it combines a unique head-on interface that you won't see with any other driving game with visual elements that create a hand-drawn look. It's almost as if you're playing the living doodles of a bored middle school student. All you really do is steer left or right and shoot, but the look is worth a download alone. Don't expect to get very far without grinding or spending real money. 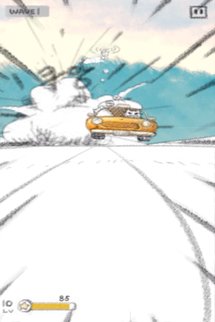 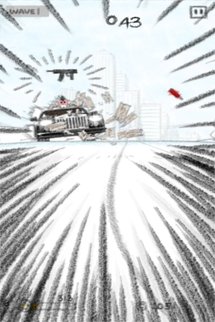 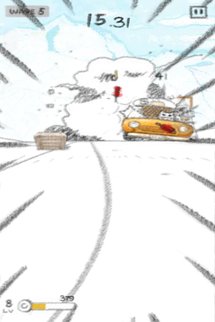 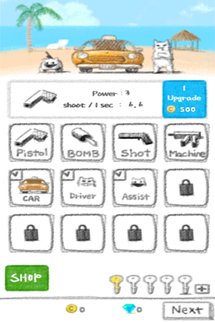 Iconic is basically a stylish version of those word puzzles you remember from the back of the cereal box when you were a kid. Figure out the intended word or phrase from the simple pictograms, earn points, level up, and do it all over again. Each puzzle comes with some flavor text describing the answer... which seems a little superfluous if you've already guessed it. Iconic is free, but a two-dollar IAP will remove the ads and give you a currency boost.

Iconic challenges you to translate icons into words. Test your knowledge of visual language and pop culture in a ridiculously fun trivia game. We’re surrounded by icons, emoticons, smilies, and other symbols. The meaning behind them is universal: Stop, Go, Play, Shop, Smile, Like, Share. What if the names of your favorite bands, movies, and celebrities are displayed as clever icons? Crack the visual code and combine clues with your icon smarts to impress your friends and fill your day with priceless “a ha” moments.

Heli Hell is an old-school, top-down shooter, and it doesn't care who knows it. The game has you flying improbably-armed attack helicopters deep into enemy territory, playing out its 2D gameplay over 3D graphics with generous amounts of explosions (and some shameless 80s action movie references). Too bad the title has an all-too-modern approach to monetization, and includes currency-based IAP for upgrades. Prepare to grind if you don't want to pay.

Pilot, the world is on the verge of war. The situation is critical: it's time for you to tear the sky apart with the blades of your helicopter and shoot down every enemy coming across your radar. More powerful than ever, Dr. Evil and its squadrons have holed up on the Island of Vylleña. And now it's up to you to track him down and destroy all hostile activity before he brings chaos to this heavenly region. Flying your heavily armed helicopter, do whatever it takes to avoid another deadly war to break out and bring back freedom and democracy to Vylleña Island. 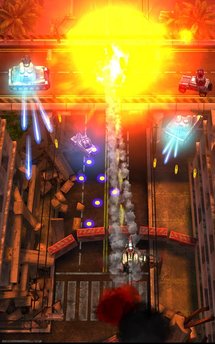 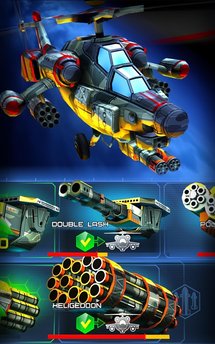 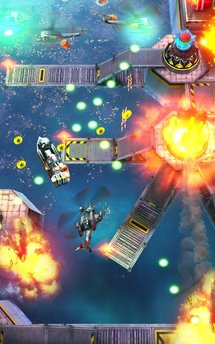 Hands-On With The Huawei Ascend Mate 7: The Most Exciting Phone At IFA, Hands Down