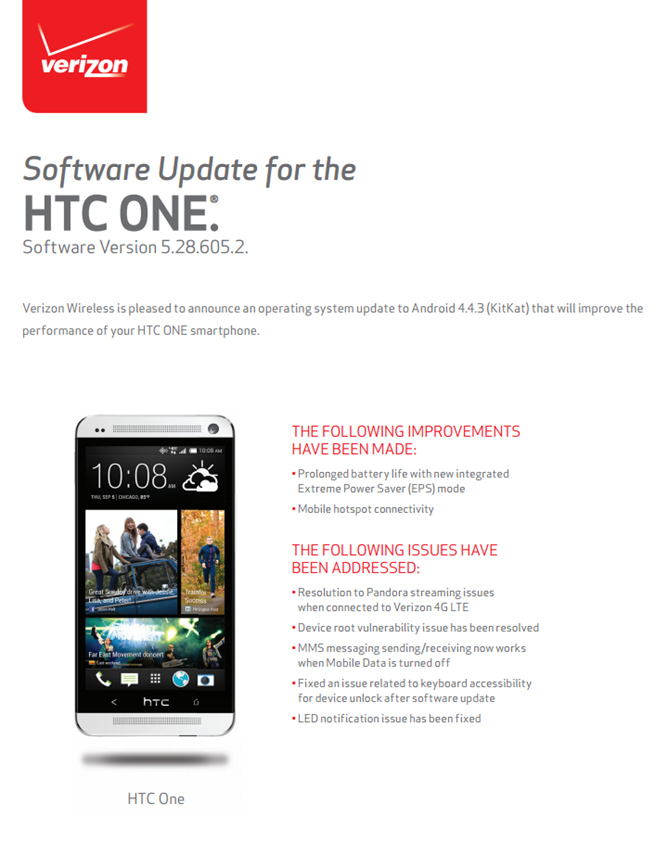 HTC One M7 owners using Verizon's network have a treat coming down the pipeline in a matter of days. The company's Vice President of Product Management Mo Versi has taken to Twitter to announce that an over-the-air update bring Android 4.4.3 is due out later this week. This version of Android will apparently be joined by the awaited Extreme Power Saving mode as well.

Verizon HTC One M7 Owners! Great news, expect the OTA for 4.4.3 + EPS out this week! We have received approval. Thanks.

The last update to hit Verizon's version of the 2013 flagship arrived in May, and it delivered Sense 6 and Android 4.4. The upcoming one won't result in a similar visual upheaval, but it will bring the ability to stretch that last bit of battery life out with a feature that launched with the HTC One M8 and arrived on other versions of the M7 months ago with Sense 6. Verizon's getting Extreme Power Saving a bit late, but as they say, better late than never.