According to a blog post on NVIDIA's website, representatives approached Samsung to try and secure a patent licensing deal for the use of these seven patents. That's a pretty standard move for high-powered corporations. Samsung refused, saying that it was an issue with their suppliers... which is also a pretty standard move. In the filings to the ITC and the District Court, NVIDIA lays out patents covering GPU chip design and graphics software implementation that it claims are being violated. The patents were granted between 2001 and 2007. 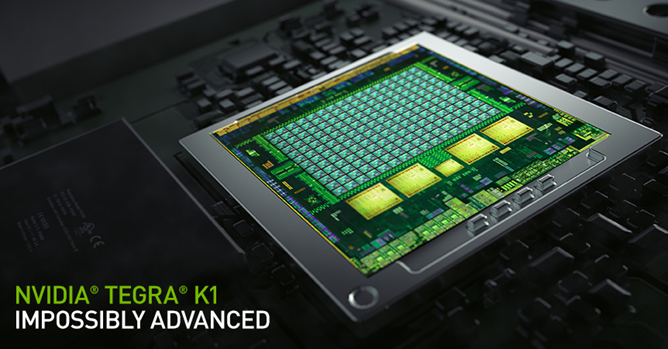 In the 65-page application to the ITC, NVIDIA is seeking to block shipments of the Galaxy Note 3, Galaxy S III, 4, and 5, Galaxy Note Pro 12.2, Galaxy Tab Pro 12.2, Galaxy Tab S 10.5, Galaxy Tab 2 7.0, and the Samsung Infuse 4G and Illusion. The just-announced Galaxy Note 4 and Galaxy Note Edge are also mentioned. Import blocking is a common tactic in patent disputes in the US, but thanks to the bureaucratic nature of the process, it's surprisingly rare that an injunction against current products is granted immediately. It should be noted that Samsung, while the largest manufacturer of smartphones and tablets by far, is only one of dozens of manufacturers that uses the GPU products mentioned in NVIDIA's claims.

According to NVIDIA's blog post, this is the first time in the company's 21-year history that they have initiated a patent-based lawsuit. Expect the initial suit and appeals to last for months, if not years - all three parties will be marching in lawyers for the initial hearing and appeals. You can see the patents at the following links:

Update: A Samsung representative told Reuters that it will take all necessary measures to fight against NVIDIA's patent infringement suit.

Source: NVIDIA via the Wall Street Journal, The Bright Side Of News

The New Moto X Is Official—Coming Later This Month With A 5.2-Inch 1080p AMOLED, Snapdragon ...