Sometimes it's nice to know you're not completely alone in the world, especially when it comes to esoteric error messages. RPC:S-7:AEC-0 – what the hell is that, Google? An increasing number of users (myself included) are seeing this error message when trying to install or update an app on any device, and there is currently no fix. 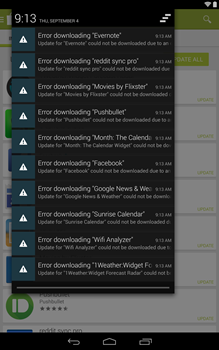 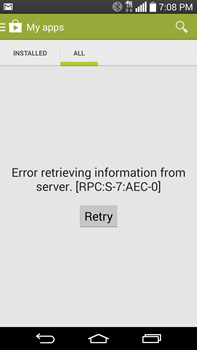 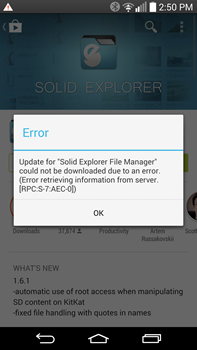 The full error reads, "Error retrieving information from server. [RPC:S-7:AEC-0]." It appears on the All Apps page in the Play Store client, and in a popup when trying to update or install an app or game. It seems to be a problem with the affected account, so you can't use a different device or factory reset to fix it. In fact, resetting a device is about the worst thing you can do—then you'd be left with none of your apps and no way to install them. The web Play Store also fails to recognize purchased content in most cases.

This error has popped up on and off for years with a variety of supposed fixes, but none of them seem to be working in this case. It's something on Google's end this time. It looks like the reports of this error ticked upward Wednesday morning, which is when I began experiencing the error as well. Google is telling people that it is aware of the issue and is investigating a fix, but there's nothing concrete yet.

Update: Google reports this error fixed as of September 6th. If you're still having issues, you might want to yell at support.