It looks like Motorola decided to keep it simple when naming this year's flagship phone. The video below is the first official public appearance of the new Moto X. Not the X+1, not the X2—just the Moto X. Motorola's website is still updating, but the new devices are starting to roll out.

The video shows off a device that looks very much like the leaks we have seen so far. We are treated to an enhanced version of Active Display with more options and the ability to silence calls by waving at the phone. There's also a bit of Motorola Assist to be seen toward the middle of the video. The new Moto X is showing up on the main Motorola site, but the product page is not live yet. Likewise, Moto Maker is still showing the old X. The customization angle is mentioned in the video, though. 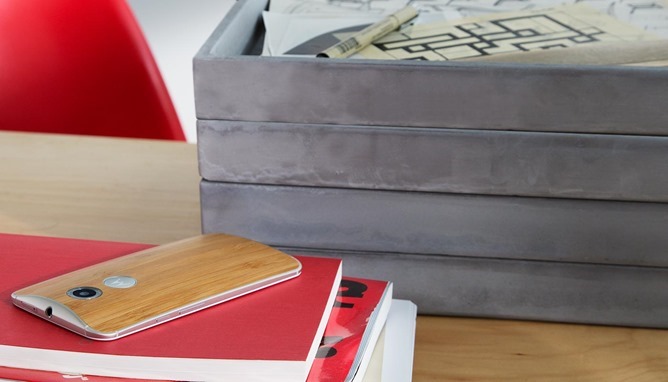 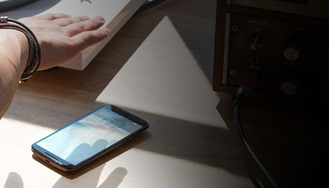 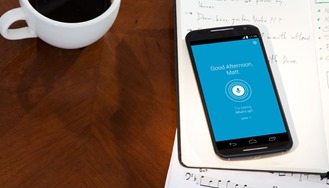 There has been a lot of concern over the design of this phone based on leaked images. I think it looks much nicer in the official shot above and in the video. Of course, it's supposed to look good there. Stay tuned as the details continue to come in.

Update: Motorola has pushed the new Moto X product page. It confirms custom Touchless Control prompts and leather backs to join the plastic and wood options. The specs listed at the bottom of the page are a match for what were leaked earlier in the day. It packs a Snapdragon 801, 5.2-inch 1080p AMOLED, 2GB of RAM, and 16/32GB of storage. Interestingly, the storage lists 32GB as the Moto Maker version. So, apparently if you design your own it will automatically come with 32GB. There's no launch date listed—Motorola says it will be out later this month for $99 on-contract or $499 without. 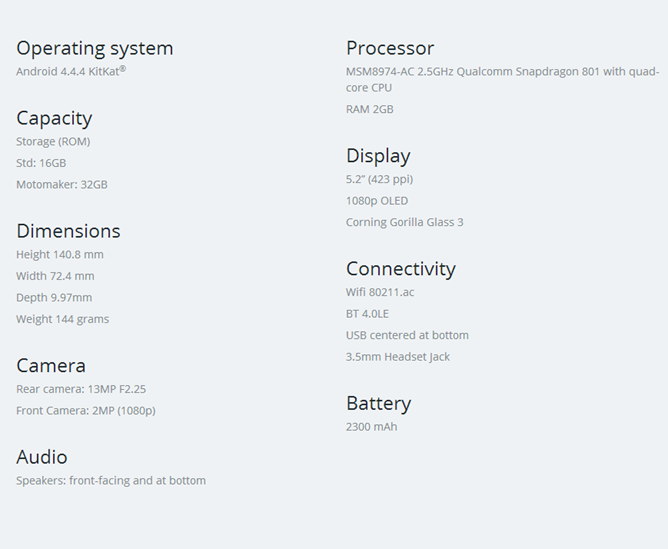