We had a chance to take a few minutes with Sony's latest and greatest in Berlin earlier today, and I have to say: we left impressed. While the company's smartphones have had basically zero market penetration in the US (aside from on T-Mobile), the Z1 and Z2 were both fine flagship devices when stacked up against their contemporary competitors.

The Z3 isn't a big upgrade over the Z2, for sure, but it does have a few noteworthy refinements. 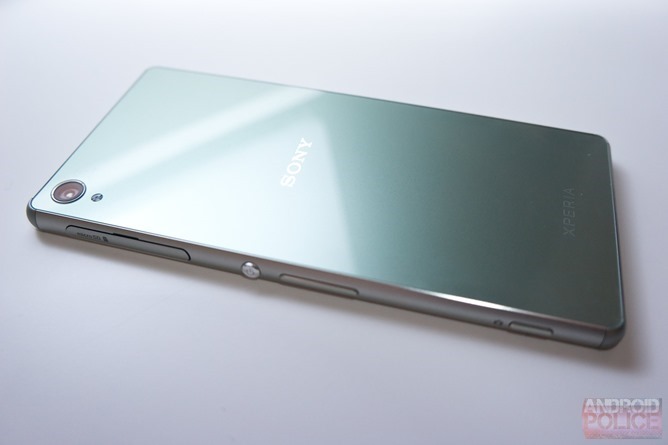 Sony isn't kidding when they say the Z3 is thin - it's a full millimeter thinner and around ten grams lighter than the Z2, while still managing to pack in a formidable 3100mAh battery. That cell is actually smaller than what shipped in the Z2 (3200mAh), but Sony says the Z3 has improved battery life over its predecessor so much that the loss of the extra milliamps won't be noticeable, because the Z3 will last even longer than the Z2 - up to 2 days (a statement with zero context provided, of course). 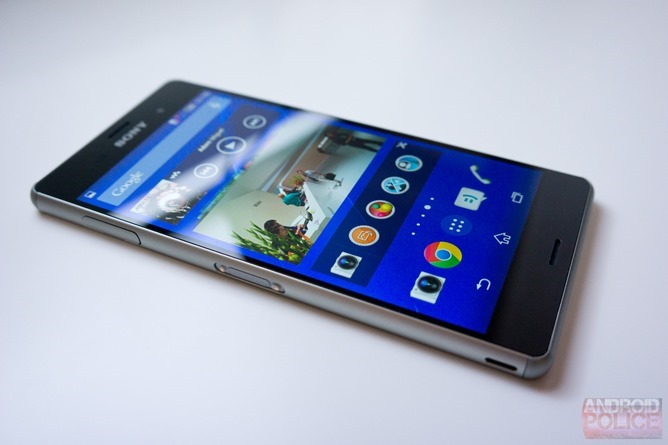 There's also a slightly upgraded Snapdragon 801 in there, moving from the AB version of the chipset to the speedier AC variant, providing a little more clock speed headroom to that quad-core processor. The Z3 also now boasts IP68 dust and water protection, while the Z2 managed with IP58 - that means the Z3 has increased dust ingress protection, by the way.

The camera has a revised version of Sony's Exmor RS sensor that now allows an ISO sensitivity of up to 12,800 (presumably noisifying images into a useless mess, but still) and is paired with a wider angle 25mm lens.

Using the Z3, it feels like using most other Sony devices: it's relatively quick and snappy, and Sony's UI layer remains one of the most restrained and inoffensive - if a bit dated at this point - of the major Android OEMs. While Sony's reputation for updates is generally positive, the company has taken flak from users for releasing buggy OTAs, leaving me to wonder just how well Sony would manage the major transition to Android L when the Z3 inevitably gets it. 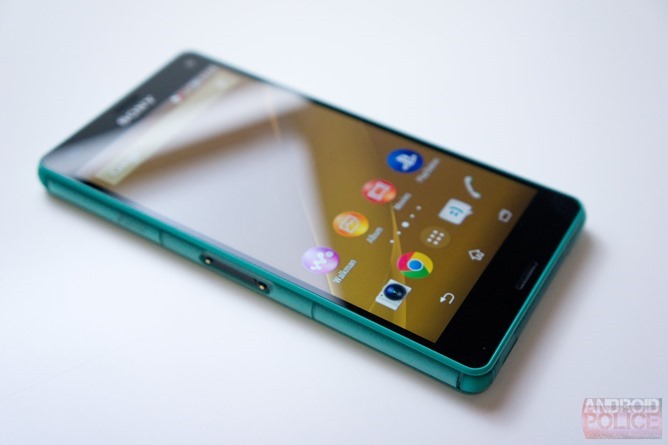 The Z3 Compact has without a doubt been the crowd favorite among many smartphone enthusiasts at IFA, and it's easy to see why: all of the power of its big brother in a smaller 4.6" package. It's a bit weird that we now think of a 4.6" display as small, I agree, but the Z3 Compact felt absolutely tiny in my hands after having been using a Huawei Ascend Mate 2 as my travel device the last few days. I do love the Z3C in this light green finish, though - it's downright pretty. 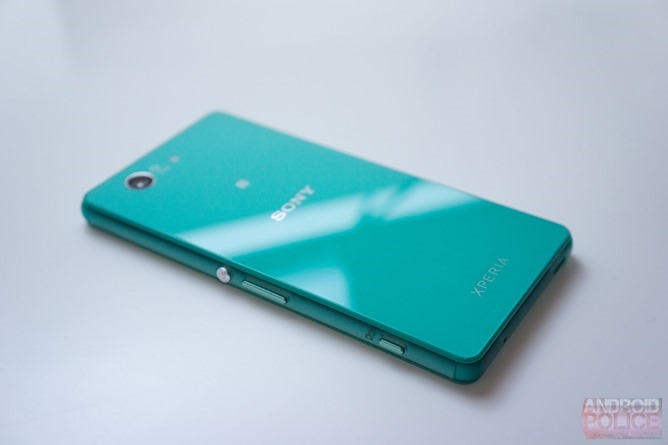 A few minutes with the Z3 Tablet Compact were on the agenda, too, another standout at the show thus far (arguably the only really interesting tablet we've seen, I'd say). First things first: it is light. Even compared to the featherweight Samsung Galaxy Tab S 8.4, which weighs in at 298g, the Z3 Tablet Compact scoffs: it's a mere 270g and still manages to pack away a 4500mAh battery. It's also just 6.4mm thin - the "compact" name makes a lot more sense once you actually pick it up. 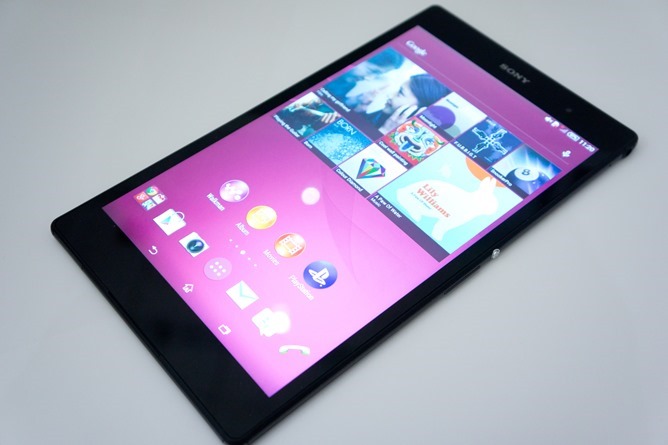 The rear of the tablet has a nice soft-touch texture to it and feels legitimately premium, though don't poke too hard at the screen: there's noticeable give with more than moderate pressure. Still, this tablet seems so light that it would refuse to break when dropped (it wouldn't, trust me, it just feels that way). I think lightness really is important in a tablet, and Sony's got my attention with this new one - I really like it. Granted, I didn't have time to play with the speakers much, and the display still has some of that trademark Sony discoloration / washout at certain angles, though not as bad as I remember it being on older Sony devices. 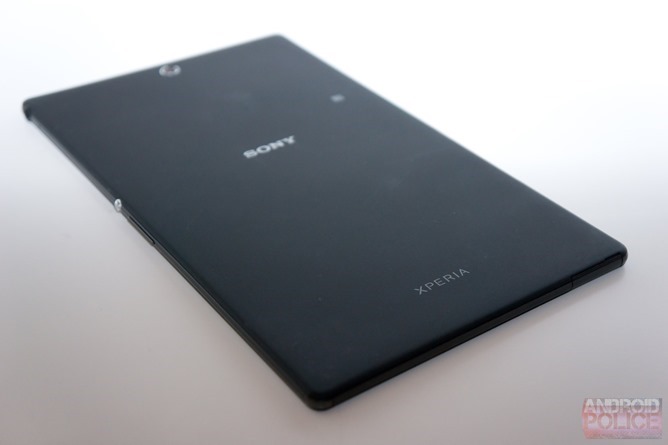 We also had a moment to fool around with the Smartwatch 3, but there really isn't much to say other than on the subject of the design and materials. Frankly, it felt kind of cheap to me, and the flat rubber wristband seemed flimsy and likely to attract gunk and grime. The watch body seemed sturdy enough, but the black-on-black-on-black look Sony has going here just doesn't do anything for me in the least. It's not stylish, it's not exotic, it's not different: it's just a lump with a screen on your wrist, and it will cost 229 Euro, meaning probably $229 or more here in the US. 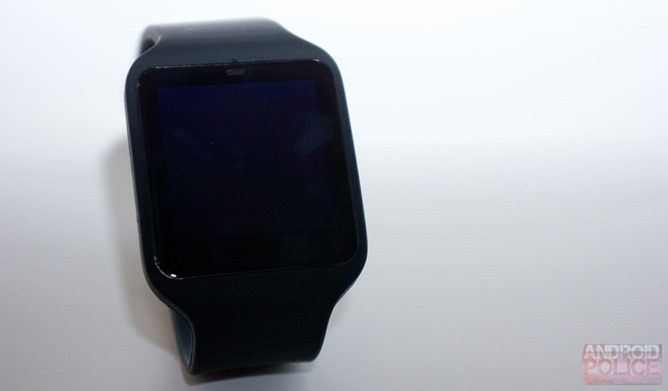 It also has the same basic setup in terms of internals as every other Wear device out there at the moment, too. The one big thing it does have going for it? MicroUSB charging - the Smartwatch 3 is the first Wear device to not need a charging cradle, though I found the Smartwatch 3's USB port cover to be fiddly and difficult to the point of major frustration. It also has GPS and NFC, though Android Wear doesn't yet support these features.

We don't have a video of the Smartwatch 3 for two reasons: first, it's a Wear device, and it works like every other Wear device out there, and posting a video of it running Wear would be sort of silly. Second, the battery was dead. 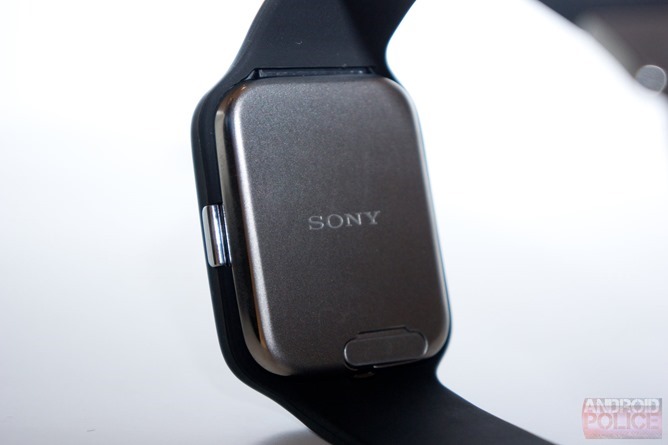 Look for more of our IFA hands-on coverage in the coming days.