Just a couple of days ago, Reddit launched an official app specifically geared toward helping users read "Ask Me Anything" threads, but the app was only available for iOS users through the App Store. It was promised, however, that the app would be available for Android "later this week." A mere two days later the app has been released. 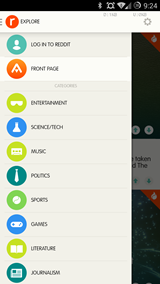 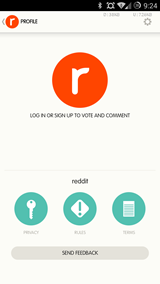 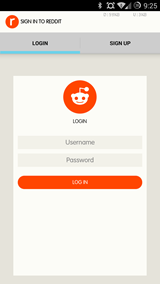 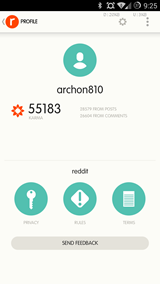 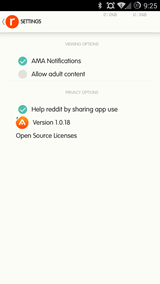 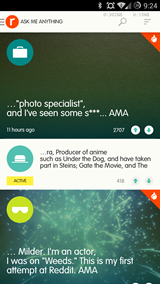 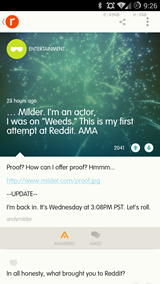 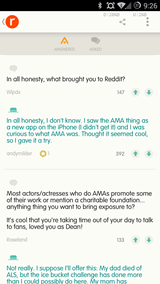 The app, for those unaware, allows users to see when an AMA is active, get notified when an AMA is trending, ask questions (of course), vote on questions, and easily sort for questions that have already been answered. The app can also quickly search for AMAs related to a specific topic like politics, sports, or entertainment.

Ask Me Anything may not be up to speed with Google's latest design vision yet, but its clear that effort was put in to design an app that is consistent with its iOS counterpart while also making use of some of the interface elements unique to Android. If you haven't already left this post for the Play Store, hit the widget below to grab the app. [New Game] Angry Birds Stella Bombards The Play Store With Another Iteration Of Rovio's Most ...