With every major event, like CES, IFA, or MWC, you can count on one thing: new stuff from ASUS. At this year's IFA conference, the company not only unveiled its first Android Wear watch, but also a handful of other devices, including a rehashed version of the MeMO Pad 7. The MeMO line has been a great choice for those looking to grab a seven inch tablet without breaking the bank, and this year's model shows a lot of promise for not a lot of dollars. 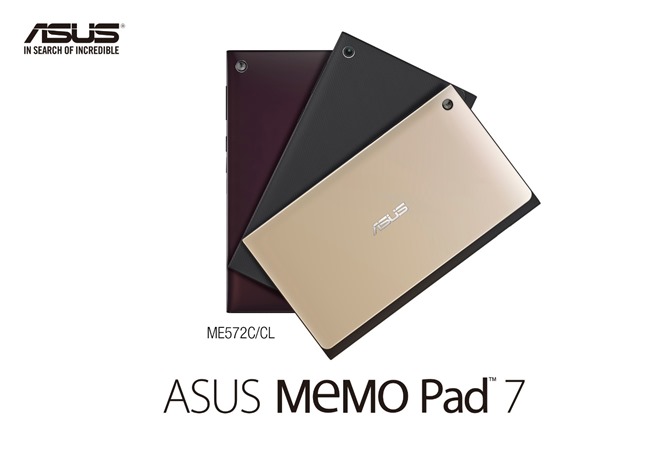 For this year, the resolution has been bumped up to 1920x1080, which always looks fantastic on a 7-inch slate, and the processor is now a 64-bit Intel Atom. Like with other 64-bit devices, Android can't yet take advantage of this architecture, so hopefully ASUS will bump the MP7 up to version L shortly after release. The device also has 2GB of RAM, 16 or 32GB of internal storage, 5MP/2MP cameras, and comes it at 8.3mm thick with a weight of 269g.

The MP7 will come in three different colors: Burgandy Red, Champagne Gold, and Gentle Black, and should cost around €199 (around $260 USD) for the Wi-Fi version, with an unpriced LTE version coming at a later date.