Just about every major electronics manufacturer has something to show off at IFA 2014, and Acer is no exception. Amidst announcements for a handful of new laptop models, a few tablets made it on stage for a little bit of time in the spotlight. In a creative twist, the two Android tablets featured during the presentation were equipped with significantly different processors. Acer's Iconia One 8 is packing a quad-core processor from Intel while the Iconia Tab 10 is equipped with a MediaTek quad-core processor. 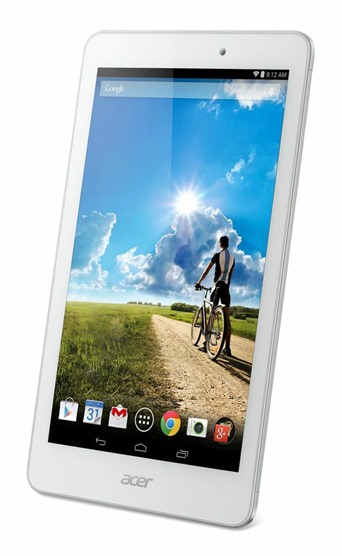 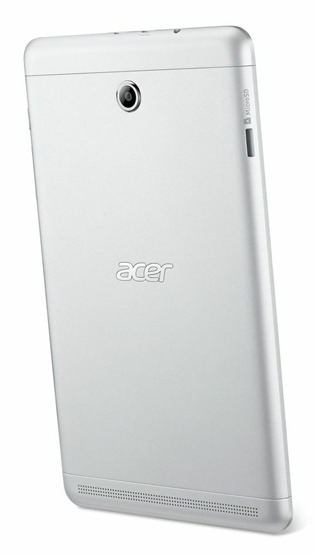 Acer is pulling to make the Iconia One series a little more personal and considerably more powerful than the Iconia One 7 introduced earlier this year. Its most notable specs include a moderate 1" bump in screen size and a fairly significant leap in processing power with the Intel Z3735G quad-core processor. In an effort to snag some style points, the Iconia One 8 is also going to ship in 10 different colors. We'll probably never see the One 8 in the US (or even most of western Europe), but it's set to release later this month in Europe, the Middle East, and Africa at a price of 149€. 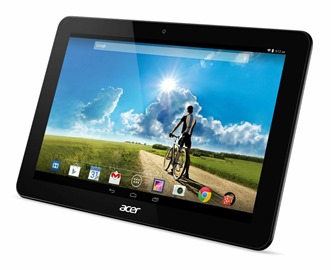 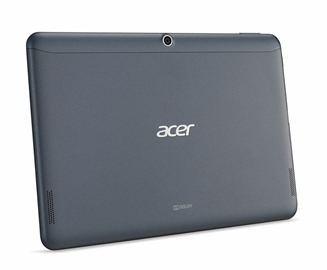 For something that will be coming stateside, check out the Iconia Tab 10. Similar to most of the 10" Android tablets we've seen lately, it has a 1920x1080 IPS display, dual speakers, and a micro-HDMI port. The biggest distinguishing factor is that Acer went with a MediaTek processor, most likely to keep production costs low. The Tab 10 will also launch later this month in the US for $199, and in Europe, the Middle East, and Africa for 199€.

Both devices are being kept very cost efficient, and neither is completely top-of-the line, but that means they are also priced pretty competitively. By keeping prices down and shipping with Android 4.4 KitKat, they will probably do pretty well in their categories.