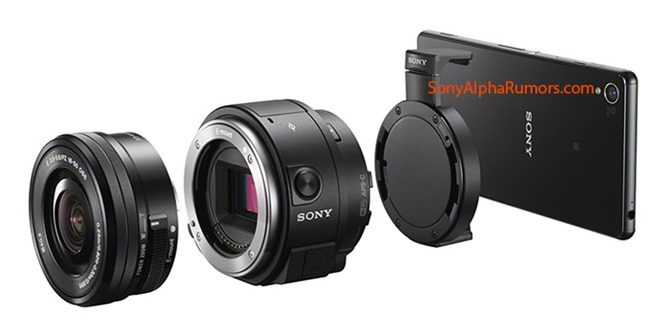 A little context: Sony has been selling high-end mirrorless cameras for years. They're basically tiny versions of DSLR cameras, made more compact by a system that exposes the digital camera sensor to direct light from the lens. It's a combination of DSLR and point-and-shoot technology that's proven very popular both with low-end camera enthusiasts and more dedicated photographers alike. There are several competing standards for mirrorless dominance, including the Micro 4/3 system, proprietary cameras from Nikon and Canon, and many more. Sony's system is called the E-mount, and the company offers a variety of interchangeable prime and zoom lenses for its cameras, ranging from a couple hundred bucks for basic models to over a thousand for an 18-200mm superzoom. 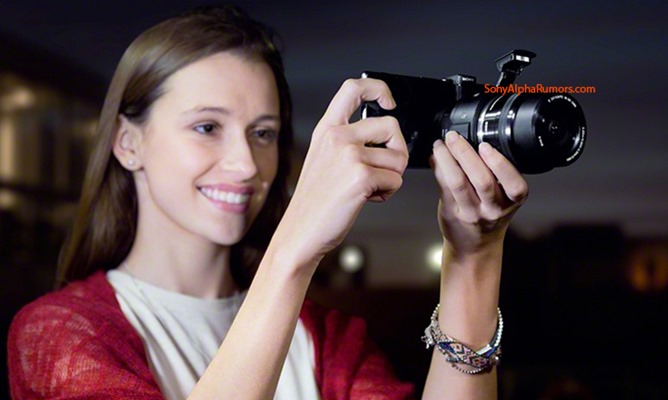 Oh. My. God. Becky LOOK AT HER LENS

The device shown in these photos includes the same clamp-on mount from the previous lenses and a built-in flash module. According to the leak (which we can't verify), the QX1 will cost 300 Euro (just shy of $400) with the mount alone, and 450 Euro with a basic 16-50mm "kit" lens. Other specs aren't known, but they're guessing that it uses a 24-megapixel sensor. Whether or not the next version cam improve on the last, particularly in the areas of shutter speed and setup time, will be an important differentiator. The QX1 is reportedly set for an official announcement tomorrow at a pre-IFA event in Berlin.