There's a minor movie trope where an inexperienced character sits down at the controls of a complex vehicle, confident in his or her ability to handle the situation. Hilarity, as decreed by the ancient comedic formulas, ensues. ALONE... will make you fell like that poor sap, as a light-speed space capsule blasts across the screen maneuvered by some of the tightest, twitchiest touch controls I've ever seen. ALONE is a $2.47 with no in-app purchases. 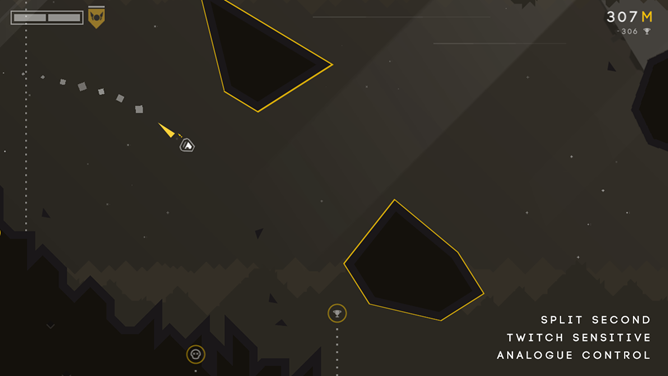 The game comes from Laser Dog, developers of the simple and incredibly frustrating PUK. Like the previous title, it's a 2D action game, but that's where the similarities end. ALONE has you piloting a tiny but incredibly fast space capsule through an asteroid field, or maybe that big worm tunnel thing from The Empire Strikes Back, or possibly even a gigantic, um, underground space cavern? It doesn't matter. You're tiny, and you're going really, really fast. Running into the various rocks and boulders in the interim space isn't a problem, but hitting the walls on the top and bottom are.

What makes ALONE unique is its control scheme. Unlike most endless runners controlled with a tap, you steer your ship up and down by sliding your finger in the applicable direction. The sensitivity is astounding, and it will take some getting used to, but skilled gamers should be able to use it effectively after a few minutes. That's a good thing, because the blistering pace and simple graphics mean that ALONE is impressively difficult from the word go. 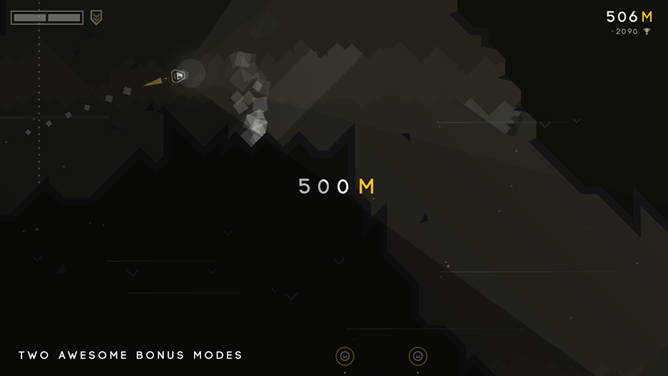 ALONE is single player only with a great soundtrack and two bonus modes unlocked after milestone play. It should run on anything with Android 2.3.3 or higher.