Today Microsoft is rolling out updates to its OneDrive app across all three of the big mobile platforms: Android, iOS, and Windows Phone. The full list of changes are detailed in the company's blog post, but ironically, Android tops the page with the most new features while Microsoft's own OS is situated at the bottom, not yet equipped with the features that I am about to share.

The Android version of OneDrive is the first to let people import both a personal and work account. Joining this feature is the ability to block out nosey friends by requiring a 4-digit PIN to open the app. This release also lets users open files from OneDrive inside other apps, injecting it into the "open from" menu. 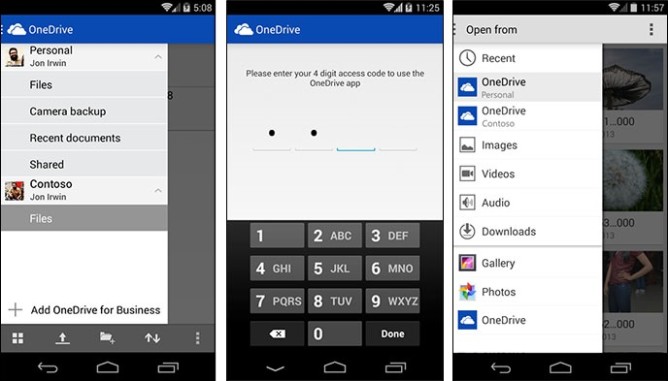 The latest version of OneDrive will be able to back up photos more quickly and should generally be a touch more reliable overall. The update is just starting to roll out today, so give it time if it doesn't appear right away.