Welcome to the latest entry in our Bonus Round series, wherein we tell you all about the new Android games of the day that we couldn't get to during our regular news rounds. Consider this a quick update for the dedicated gamers who can't wait for our bi-weekly roundups, and don't want to wade through a whole day's worth of news just to get their pixelated fix. Today we've got a stylish platformer, a high-tech space fighter, a superhero novel-book, a turn-based roguelike, and a zombie pinball table. Without further ado:

The sequel to the well-regarded Oscura uses the overdone black foreground aesthetic for more than just ambiance: the sole source of light in most levels is your impish character's glowing hand. Second Shadow promises 20 levels filled with puzzles and challenges. Those who enjoy this very specific type of indie platformer should appreciate the introductory sale price, if not the lack of physical controller support.

Classic platforming meets modern design in a game built and optimised for touch controls. The Driftlands are a gothic and frightening place at the best of times….And this is not the best of times. The Aurora stone has been stolen from the great Lighthouse by an unknown and shadowy creature. Without its light, the Driftlands will be destroyed. Enter Oscura, our highly unlikely hero. He is the keeper of the lighthouse, and possesses a mysterious eternally glowing hand. Old-school Wing Commander gameplay? Graphics and ship designs that take a respectful page from the Battlestar reboot's playbook? Count me in. Equipped with such genre staples as target-leading reticles and a cockpit view, space combat veterans should feel right at home, at least as much as they can on a touchscreen. The initial download is a demo, and a $4 one-time purchase unlocks the full game.

Take over the stars, blast through enemy fighter waves and destroy capital ships while piloting the most advanced fighters in the galaxy. Strike Wing is a single player space combat simulator that combines sharp controls, beautiful graphics and adaptable missions to create an unique space combat experience for mobile devices. Fly beautifully designed ships in asteroid fields, around planetary orbits or in deep space. Experience a colorful and vibrant representation of space on your mobile device. 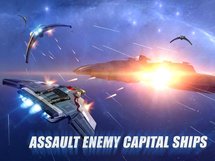 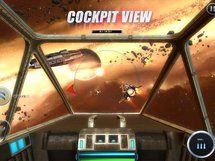 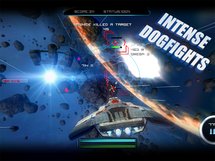 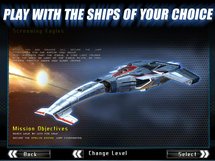 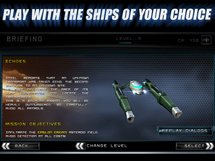 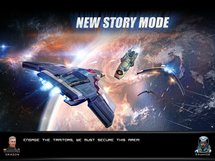 I've been wondering when game-book specialists Tin Man would begin to move outside of their comfort zone. In Appointment With F.E.A.R., you create a customized comic book hero and lead him or her through a dynamically-generated graphic novel. The graphics really do make it look like a comic book, but those who've played through the developer's previous novelized games should recognize the puzzles and sleuthing.

Travel back to the 1980s as a superpowered defender of justice in this all-new edition of Steve Jackson's Appointment With F.E.A.R.. This dynamic edition is stylized as an interactive graphic novel. Your choices guide you towards new villains, super dilemmas, and ultimately, the Titanium Cyborg himself. As Titan City’s courageous and incorruptible champion of law and order, use your super powers to protect its innocent citizens from the danger and deviousness of a host of super-villains bent on taking over the world. 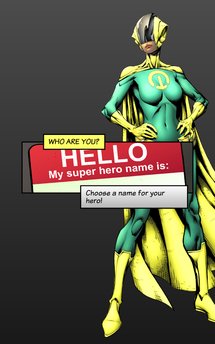 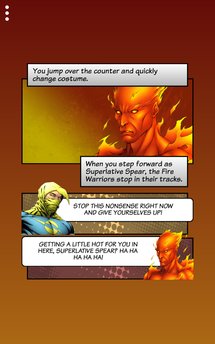 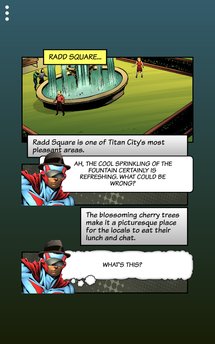 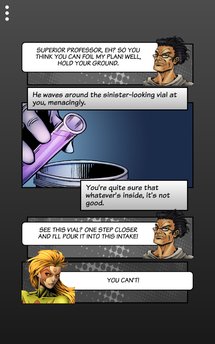 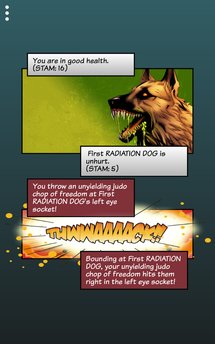 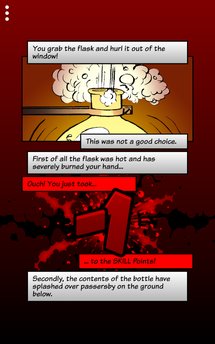 Quest of Dungeons differentiates itself from the crowded pack of "retro" dungeon crawlers with a turn-based setup. You'll have to use specific skills and spells to defeat the enemies in the generic lairs and make off with the loot. In roguelike style the levels and their occupants are randomly generated, and your character will be permanently dead when you fail.

Quest of Dungeons is a turn based dungeon crawler game featuring a good old 16-bit retro artistic look. An unspecific evil Dark Lord has stolen all the light, so your mission is to enter his lair and defeat him. That's it, now go get him. By playing as either a Warrior, a Wizard, a Assassin or a Shaman you have to traverse dungeons, defeat enemies and loot everything you can in order to survive. You can learn new skills in Tomes you find along the way and buy/sell items at shops. Zombie fever knows no cure. After both action games and adventure games based on the ubiquitous Walking Dead franchise, now we have official additions to Zen Studio's pinball series. You can get the new table in its own stand-alone app or as an in-app purchase in Zen Pinball. The table is based on the Telltale adventure games, which are in turn based on the comic books, so TV show fans might not see many familiar characters.

Zen Studios, Telltale Games, and Skybound Entertainment partner to create all-new table based on the 'Game of the Year' winning series. The pinball masters at Zen Studios have partnered with Telltale Games and Robert Kirkman, the Eisner Award-winning creator and writer of The Walking Dead for his Skybound imprint at Image Comics, to create an all-new digital pinball table based on the award-winning The Walking Dead game series. Google Reveals It's Been Working On Air Delivery Drones For Two Years, Calls It "Project ...