A number of HTC One M8 owners running on AT&T's network have started to receive an over-the-air software update delivering Android 4.4.3 to their devices. It doesn't bring about a big visual change for a flagship phone that already launched with KitKat, but the number of optimizations and security fixes contained within this release make it something worth downloading. Well, there's that, and there's the warm fuzzy feeling that comes from running a newer version of Android. 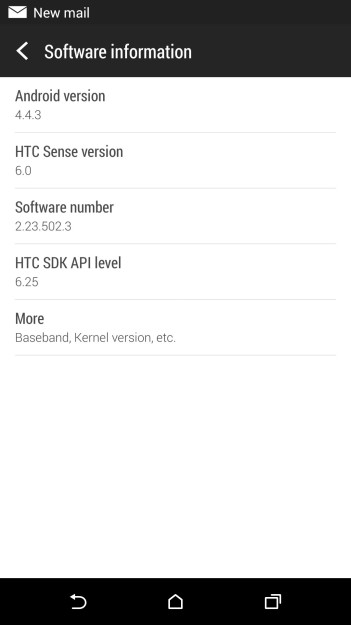 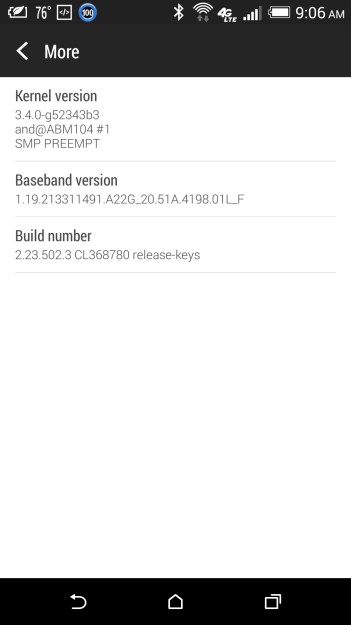 HTC started pushing Android 4.4.3 out roughly a month ago. The release came to T-Mobile last week, and it's scheduled to hit Verizon in mid-September. This rollout leaves AT&T situated somewhere in between.

Eager HTC One M8 owners can start violating that update button now, though they may want to be cautious if they're using a rooted device. Security fixes often plug up the exploits that allow root access, so it's occasionally worth waiting a bit for the dust to settle before diving in.