Even if you don't talk on the phone a lot, VoLTE is going to be a thing that you want. Replacing the old 3G standards for voice will mean one less radio always sucking down power in your device when you're in an LTE area. Verizon (as well as other carriers) is already testing VoLTE on some of its devices, and it apparently also intends to build video calling into VoLTE-capable phones as part of its so-called "Advanced Calling 1.0" initiative in the coming weeks. 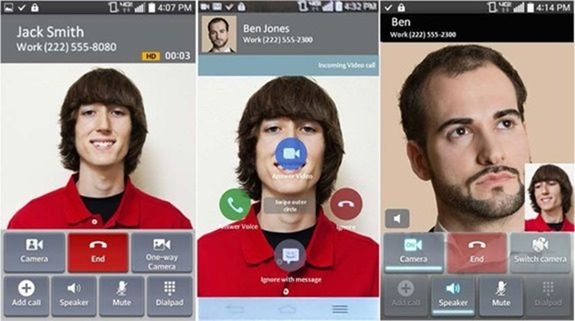 Unlike the video calling systems built into Hangouts or Skype, VoLTE video calling will be part of the contact list in phones. So if someone can receive a VoLTE video call, you'll see an icon next to their name and get special in-call buttons to change the camera options. However, this will only work in LTE areas with VoLTE-enabled phones on both ends. The audio portion of VoLTE video calls will also support HD voice.

Verizon isn't ready to say when VoLTE will become the standard for phones on its network, but hopefully we're not far away. For now, phones will be getting software updates here and there to enable VoLTE with video calling.