If there's one thing I've learned from working at Android Police, it's that Artem can be a hound when he wants something done. It looks like Koush Dutta, the developer of AllCast (and much more, as I'm sure you're aware), is starting to get a taste of Artem's dedication to making things perfect, especially after looking at the most recent AllCast update.

First things first (I'm the realest), there's an update to the AllCast Receiver Chrome extension. This brings an improved interface and better support for newer versions of the AllCast Android application. You can also mirror the screen from newer Android devices. Fancy. 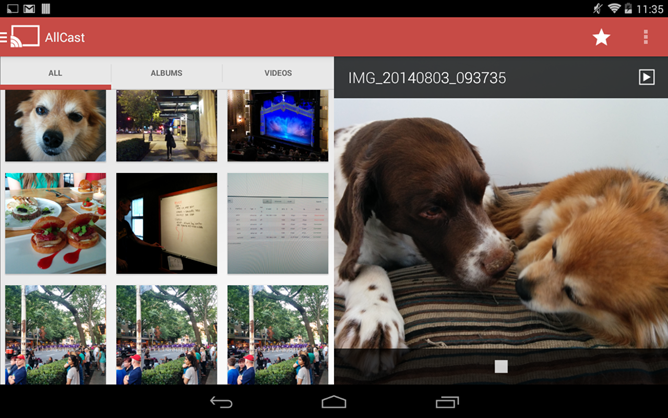 On the Android side, there's a new transcoding engine that should allow better streaming of 1080p videos. Otherwise, folder management has been improved with a feature called Recents, which keeps track of which folders were recently used. That's one of those Artem-requested things I mentioned earlier. In other Artem-inspired features, the splash screen is now optional. I'm pretty sure Koush wishes Artem would just stop using AllCast at this point.

But wait, there's more. Koush summed up the remaining changes in a nice, easy-to-read list, so I'm just going to copypaste that.

Just say the word "toggleable" aloud a few times and tell me it's not the most fun you've ever had saying a word. Seriously, do it. I just said it like 27 times.

The update should be available now in Google Play, so go get it. Hopefully it's up to Artem's standards now so Koush can get some sleep.