Update, 12:00 AM Eastern 8-26: OnePlus has contacted us with an official statement on "MiYzu's" case.

"We are very sorry to see one of our users had to experience this with their device as the safety of our customers is our first and foremost concern. We have already contacted MiYzu to learn more about his condition, as well as dispatched OnePlus staff to physically retrieve back the phone. This way, we can determine the circumstances surrounding this so that we may work to prevent this happening in the future.

Our products undergo extremely rigorous testing, and this is the first time anything like this has happened. We take this issue very seriously. We will send MiyZu a new phone and also reimburse him for the damage to his jeans and phone case, as well as any medical costs associated with this accident."

It's comforting to see quick action and a willingness to make amends on the part of OnePlus. Mr. Pei also made his statements in the original OnePlus forum thread, which has been moved to the Technical Support section (which requires an account to view).

Most of the gadgets we report on use lithium-ion batteries. And like all batteries, they store chemical energy. In most cases they're extremely safe, but if something happens to make them release all that energy at once, what you get is a tiny trouser grenade. At least one owner of the OnePlus One is reporting that his phone went kaboom while he was walking in the subway, destroying the hardware and giving him a minor skin burn. 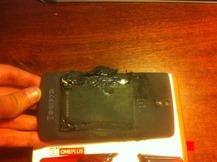 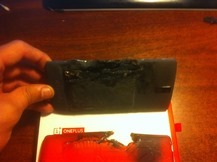 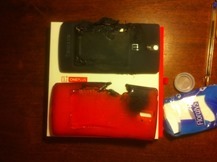 The poster "MiYzu" claims that the battery exploded in the back pocket of his jeans with no external stress of any kind. Sudden impacts or extremely high temperatures can cause just about any battery to malfunction and release chemical energy, but if it happens without warning or reason, it's generally assumed that there's a hardware defect involved. Various large-scale recalls of rechargeable batteries have been instituted in the past for that reason; the biggest was probably a series of Sony-branded defective OEM laptop battery recalls in 2006. 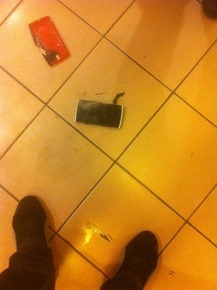 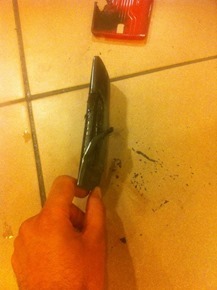 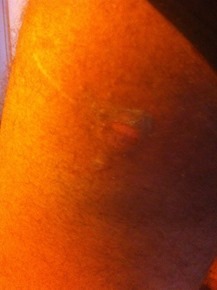 Samsung was in a bit of hot water last year after a Galaxy S3 battery exploded and seriously injured a young woman, but an investigation revealed that she was using a third-party battery with a counterfeit Samsung logo. That's almost certainly not the case here, because the OnePlus One's battery isn't removable (though it is physically accessible thanks to the swappable back cover).

At the time of writing at least one OnePlus representative has reached out to the original poster via the forum, and the OP replied that he has submitted a support ticket.

Addendum: commenter Scott Warner points out that the OnePlus One uses a lithium polymer battery, not the more common lithium ion design. The difference is that the LiPo technology uses a solid electrolyte,which should be more difficult to damage via external pressure.