Earlier this month LG let the G3 Stylus slip out in an ad, though at the time we weren't exactly sure what the device was. Now we know, because LG made it official. Spoiler: it's not as cool as you hoped. I promise.

So the G3 Stylus looks like a G3 with a stylus, and it packs some of the features that makes the G3 cool, but it's not a G3 with a stylus. It's some weak device running around in a G3's clothes. I bet the G3 will be pissed when it finds out something has been raiding its closet. 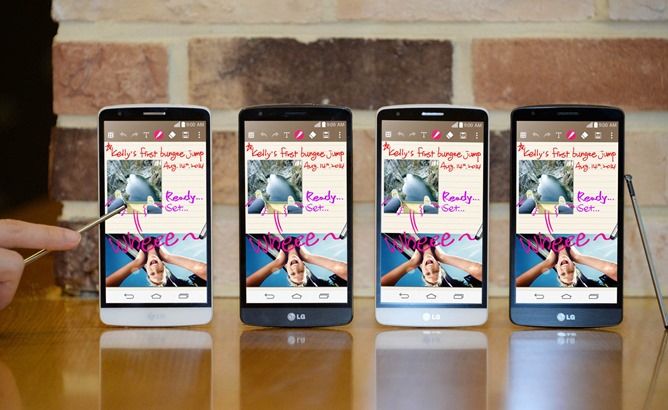 Aside from the stylus, which is obviously a shot at Samsung's Note line, the G3 Stylus is basically just another LG mid-ranger. Spec time!

While the specs may be underwhelming, it does pack some of the G3's better software features, like QuickMemo+, Dual Window, Smart Keyboard, Touch & Shoot camera, Gesture Shot, and Knock Code. So I guess there's that.

The G3 Stylus will get a full unveiling at IFA next week, so keep an eye for that if you're interested. 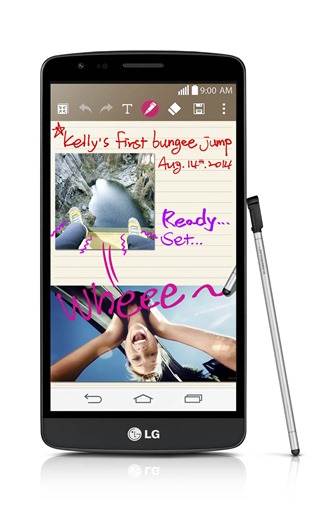 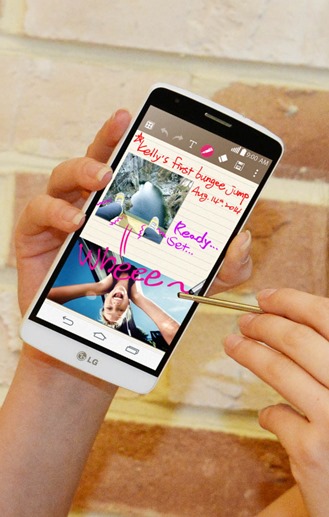 SEOUL, Aug. 26, 2014 ― Following the recently introduced G3 Beat and G Vista, LG Electronics (LG) today announced another new device with DNA borrowed from the acclaimed LG G3. The LG G3 Stylus is a pen-enabled smartphone that offers a large display and many of the premium user experience (UX) features of the G3 all in a fairly-priced package.

The G3 Stylus comes equipped with an expansive 5.5-inch qHD display and boasts the same Floating Arc tapered edges, thin bezels and metallic skin design first introduced in the LG G3. The proprietary RubberdiumTM stylus pen feels comfortable in any hand and is perfect for effortless jotting, doodling and sketching with precision. Pre-loadedprograms and apps for both productivity and entertainment also lets users seamlessly switch between work and play.

In a category all its own, the LG G3 Stylus offers users many of the smart, simple yet premium features of the LG G3at a fair price without compromising quality. The device is equipped with LG’s proven 13MP camera that carries over many of the UX features from the G3, such as Touch & Shoot, Gesture Shot, and Front Camera Light. With its large capacity 3,000mAh removable battery, LG G3 Stylus owners can be confident of an extended multimedia experience.

“With its exceptional hardware and exceptional price that can’t be beat, the LG G3 Stylus is in a category all by itself,”said Dr. Jong-seok Park, president and CEO of the LG Electronics Mobile Communications Company. “The LG G3 Stylus is the perfect tool for consumers who don’t want to be bogged down carrying a laptop, tablet and smartphone. It gets things done and lets you have fun while doing without having to compromise on quality, style or user experience.”

LG will roll out the G3 Stylus in 3G markets starting in Brazil in September followed by countries in Asia, Middle East and Africa and CIS. Prices and details of availability will be announced locally at the time of launch. Visitors to IFA are encouraged to come see the LG G3 Stylus for themselves at LG’s booth in Hall 11.2 of Messe Berlin.

Smart IR Remote Developer Launches AnyMote Kickstarter To Put Your Phone In Control Of All The ...

CyanogenMod Nightlies Add A Cool Feature From Other ROMs: Long-Press The 'Recents' Button To ...