If you were a Lastpass Premium user before earlier today, you may have noticed something peculiar: the latest Chrome Beta update broke autofill. This was especially obnoxious if you used the feature frequently, but today we deliver good news: Lastpass fixed it. 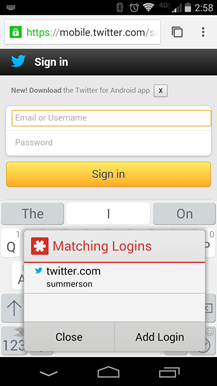 Apparently the feature was killed in Chrome when Google patched a bug that allowed any app to open a web page and silently load JavaScript, which is potentially dangerous. While Lastpass' use here is legit, there's no way to differentiate the good from the bad. Looks like they found a way around that, however, as the feature is once again available.