You know what collectible card battle games are missing? Math. Well, that's not strictly true: your standard Magic clone includes a lot of math, but it usually doesn't go much further than counting. The new Android game Calculords is a mixture of the standard card battle formula, lane-based strategy, and some grade school arithmetic. It made quite a splash on iOS a few months ago, and it looks like the Android translation is just about perfect. It's available on the Play Store for $3. 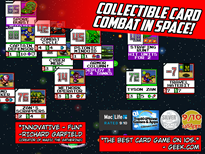 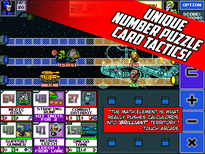 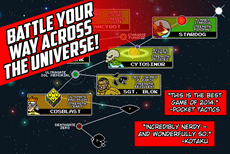 Calculords comes from rookie developer Ninja Crime, the brainchild of Cracked writer Seanbaby (though I remember some of his Electronic Gaming Monthly articles from 15 freakin' years ago). Accordingly, the game is packed with over-the-top geek humor wrapped in an "8-bit" interface, which honestly isn't the best choice for the dense layout. That said, after the initial tutorial and a few rounds with the computer-controlled opponents, you shouldn't have any trouble. Tablets are recommended all the same. 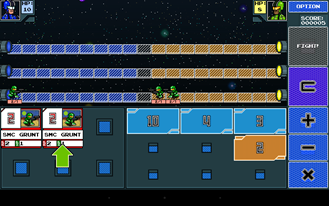 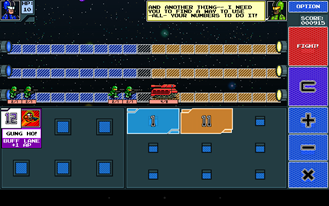 This looks really complicated. And it is. But also fun.

The turn-based battles play out over three lanes, where you and your opponent can deploy units and buffs from your card deck. Kill all the opposing units before your turn is over, and your pixelated minions will start destroying the opponent's life points. Here's the twist: there's no manna or land system as you might expect from other card games. Instead you've got a pool of numbers that you have to match to the value of the cards in your hand, either by a direct deploy or by adding, subtracting, or multiplying their value. (UK readers, it's kind of like the number rounds from the Countdown game show.) Clear all your numbers and you'll get a bonus set to deploy even more troops. 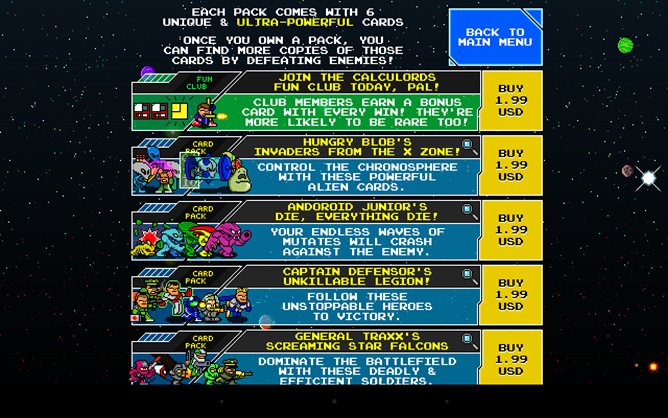 Calculords is unique, and math nerds might get immediately addicted. There is an in-app purchase store offering five new decks for $2 a pop, and that's a bit annoying, since it brings the price of the "full" game up to $13. But on the other hand, Calculords doesn't use any in-game currency purchases or a timer system, so the initial $3 purchase should be good for as much gameplay as you want. Dolphin Browser Beta 11 Gets Yet Another UI Refresh And A Ton Of New Features, Including A Link ...

Tired Of Waiting For The Moto 360? So Is LG: They Just Teased A Round "G Watch R" For IFA