Should you ever find yourself on the phone with Comcast and things start to go off the rails, wouldn't it be nice to just tap a button and start recording the call? Sure, but most call recording solutions are seriously janky. CyanogenMod might do a better job with its new call recording feature, but you'll have to enable it yourself, and it's not as simple as flipping a switch. 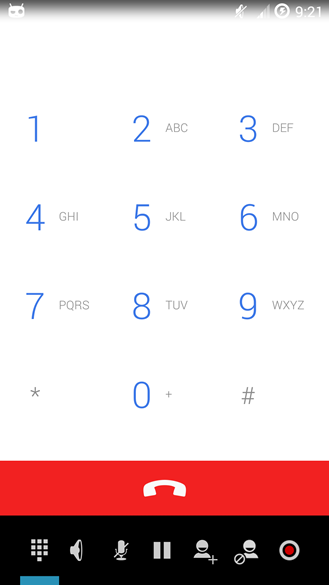 The CM team says the feature is there in the recent nightlies, but it isn't going to be enabled on any ROM downloads because of the highly variable laws on call recording around the globe. So if you want to use it, you'll need to build from source and enable via system property persist.call_recording.enabled. Basically, it's a pain. If you don't want to do that, there's an Xposed module that enables the feature on CM 11 builds from 8/14 or later.

As for the audio quality, it's reportedly okay. Nothing to get overly excited about. Hopefully it gets more attention from developers, but it looks like CM doesn't want to deal with it directly. Future CyanogenMod partners might choose to allow call recording by default, though.

[Update: Winners] Win One Of Five Nexus 5s From Avast And Android Police

Google's 'Knowledge Vault' Can Teach Itself The Answers To Your Questions, May Drastically ...