The OnePlus One is receiving another OTA today - one I'm probably more excited about than any other OTA the company has released so far. Mostly because unlocking the phone and using apps has deteriorated into a constant battle with an unresponsive and very moody touchscreen. Supposedly, this update should resolve this pretty major flaw, along with a few other things which I've detailed below, including the poor battery life we covered recently.

Of course, as usual, we have the OTA file for those of you who don't want to wait for the slow rollout to hit them. 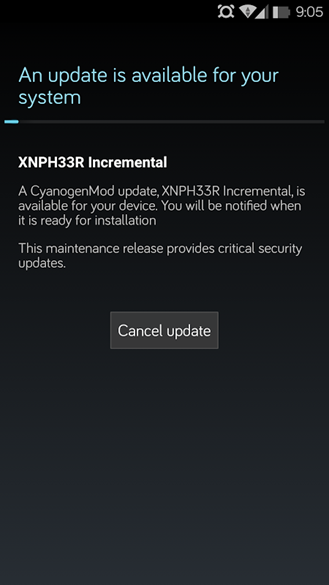 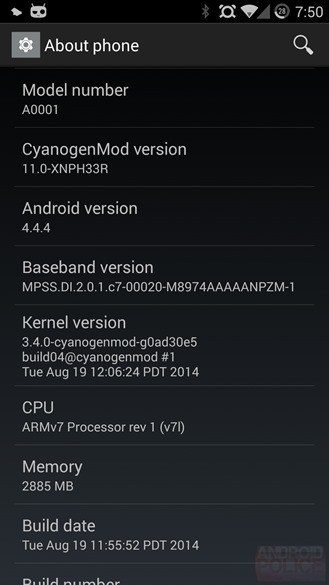 Here is a list of changes today's update XNPH33R contains:

CVE-2014-4943 looks fairly serious, so it's great to see yet another privilege escalation fixed:

The PPPoL2TP feature in net/l2tp/l2tp_ppp.c in the Linux kernel through 3.15.6 allows local users to gain privileges by leveraging data-structure differences between an l2tp socket and an inet socket.

Here are a few videos demonstrating just how bad the multitouch issues related to grounding are:

Here's a video done by one of our readers that is showing the same issue is still there post-OTA:

Thanks to reader William Ma, we have acquired the update zip and made it available below for manual flashing. Considering it's only out for about 10% of devices right now, quite a few of you may be interested.

Note: You have to be on the 2nd XNPH30O build for this to work.

Install: To install the update, boot into recovery, then sideload using adb sideload - if you've ever updated a Nexus device before, then you'll feel right at home, as the steps are exactly the same. Alternatively, you can just copy the zip onto the phone and then flash from recovery. If you're using TWRP, it will ask if you want to re-root at the end.

Purported Images Of Moto X+1 Surface From @evleaks: 'My Retirement Gift To You'