Uber has created an API that will enable developers to integrate their apps with the ride-sharing service. It lets apps look up pickup times, fare estimates, destinations, and trip history. To envision what this looks like in practice, close your eyes and picture an airline app with the ability to check flight status, book a flight, and request a ride using Uber all in one place. Imagine being able to request a ride with Uber whenever a friend drops an address in an instant message. Okay, now imagine that you don't have to use your imagination. Even better, open your eyes, and take a look at the image below. 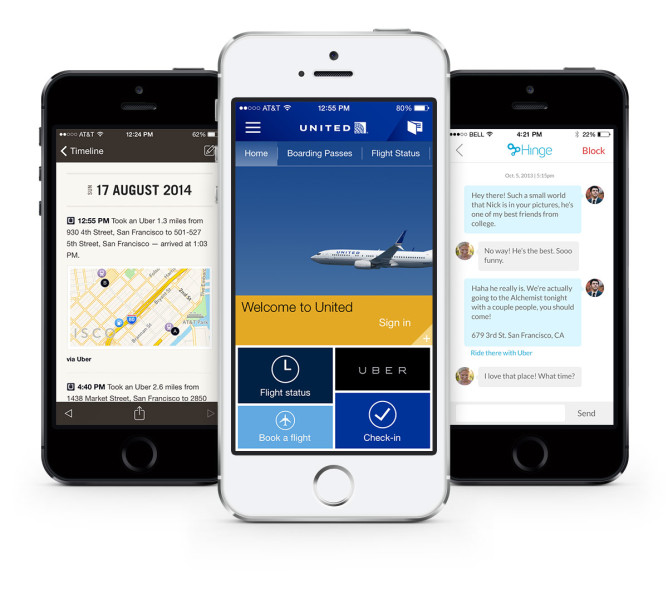 Uber integration is rolling out immediately to apps for both Android and iOS.

Uber has announced eleven partners that have already added support or plan to do so in the future. OpenTable will let you request a ride after paying for a meal. Expensify will let frequent flyers arrange to have a driver pick them up at the airport and transport them to their hotel (preferably the Hyatt, whose app can automatically type in its address into Uber for reservations).

Some apps are offering discounts of up to $30 off users' first rides, though the amounts vary by country. This is just an extra bit of enticement for people who aren't already swayed by the convenience alone.