Maybe you held off buying a Chromecast, even though it's totally awesome, or perhaps you just need another one. Either way, you can pick one up right now on Groupon for $25. It's refurbished, but $10 off isn't bad. 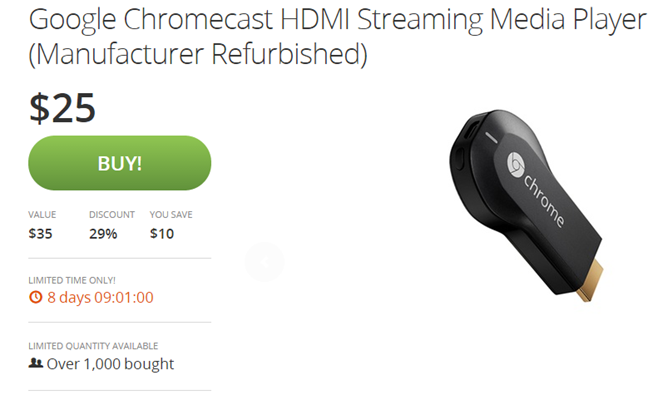 The Chromecast was cool when it came out, but it got downright awesome when developers were finally turned loose on the device. Just plug it into an HDMI port, add power, and you're done. This unit has been repaired by Google, and it comes with a 1 year warranty, which is pretty awesome for a refurb device. There's a limit of three per person, with up to two more gift purchases. Limited quantity and all that, so hop to it.

[Groupon via FatWallet – Thanks, Franco]