Sony has announced the Xperia M2 Aqua, a variant of the M2 that it's marketing as "the waterproof smartphone for everyone." It's Sony's first water-resistant phone with mid-range specs, and it's apparently ready to swim with the best of them.

In the small print, we see that the Xperia M2 Aqua is IP65 and IP68 compliant, meaning that it can withstand dust and survive being kept under 1.5 meters of water for up to 30 minutes. These recommendations don't quite match up to how Sony is marketing the phone in its videos, where it shows the phone floating rather safely to the bottom of a pool. But that's not to say that the company is being disingenuous, as we've seen various accounts of Xperia phones surviving much worse, and this is supposed to be just as rugged. Take this phone wherever you're willing to drag along a Z2. 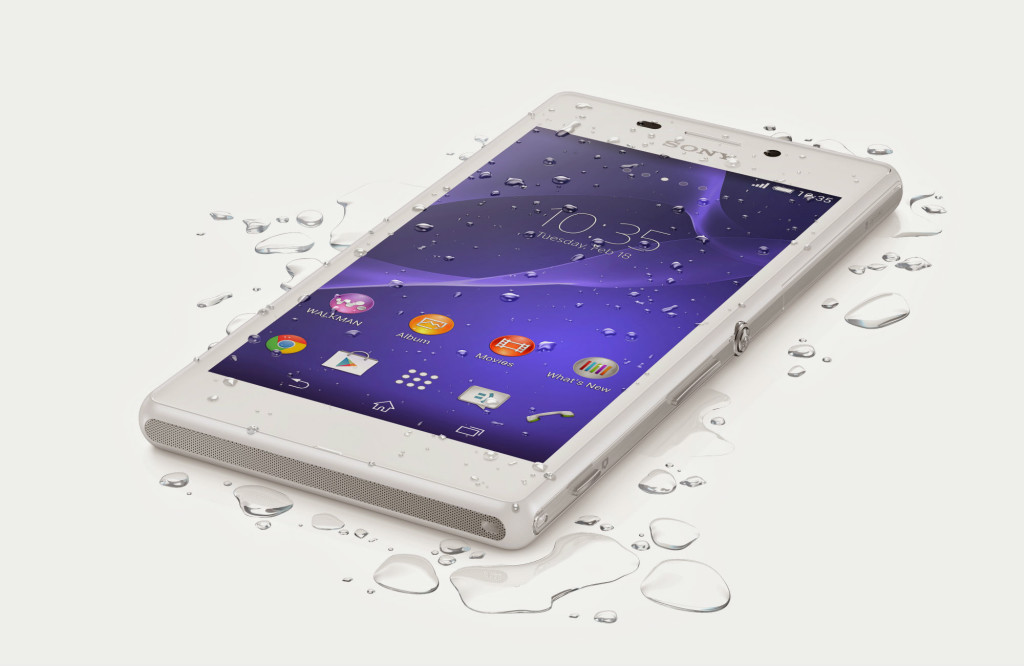 The Xperia M2 Aqua rocks a 1.2 Ghz quad-core Snapdragon 400 processor, an Adreno 305 GPU, 1GB of RAM, and up to 8GB of internal memory that's expandable thanks to a microSD card slot. On the front, there's a 4.8-inch 540 by 960 display and a 1.1MP camera. On the backside, there's an 8MP shooter. All of this is powered by a 2300mAh battery. It may not be the most powerful phone out there, but at least it can handle a little water.