If you're a Simple customer, then you probably already know that the company has been making major changes to its service as of late (and if you don't, you should probably start paying more attention to your bank). While the majority of that has been behind-the-scenes, today's app update is a very forward-facing change. Simple v2.0 is now available for both iOS and Android, which brings a complete revamp of the app to both platforms. 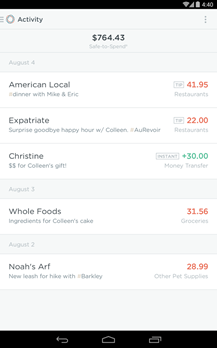 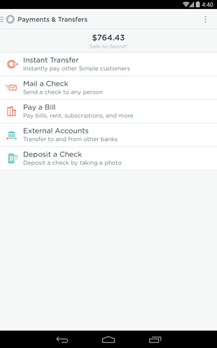 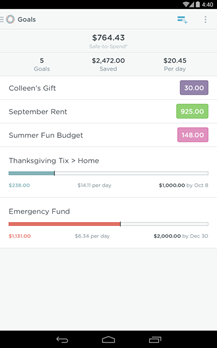 Fortunately, it still works in much the same way as it did before, but just looks a lot better doing it. The whiter aesthetic is much sleeker and easier on the eyes. That said, there are also some very welcome changes in functionality here, mostly when dealing with Goals. Goals are now essentially a mirror image of their desktop counterpart, allowing users to add, modify, and move money between various Goals quicker than before.

Version 2.0 also brings Simple Instant to the mobile front, making it even easier to send money to other Simple customers while on the go.

The direction Simple is taking its mobile app is very clear: it wants the mobile experience to be equally as powerful and intuitive as it is on the desktop. This would enable users who prefer not to login from the browser to exclusively handle their finances on mobile, which I'm sure would be a welcome option to some.