For a while now Microsoft developers have been working on adding handwriting support to the Android app. The feature, which appeared in the newly released beta app last month, lets users add notes in a way that is sometimes more convenient or useful than typing. Writers can use their fingertips or a stylus and then tweak their notes with a number of options. The feature is particularly useful for scribbling thoughts in the margins of a scanned document. 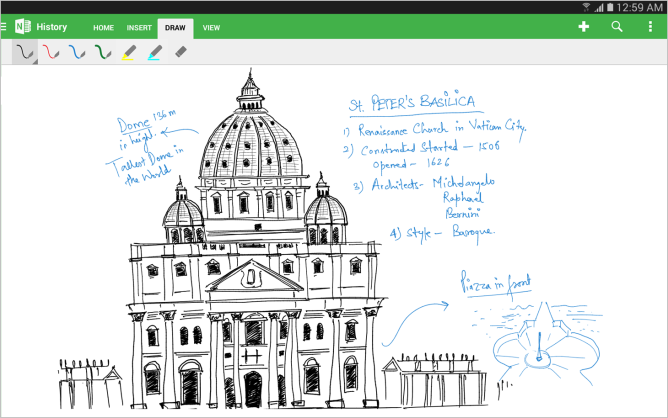 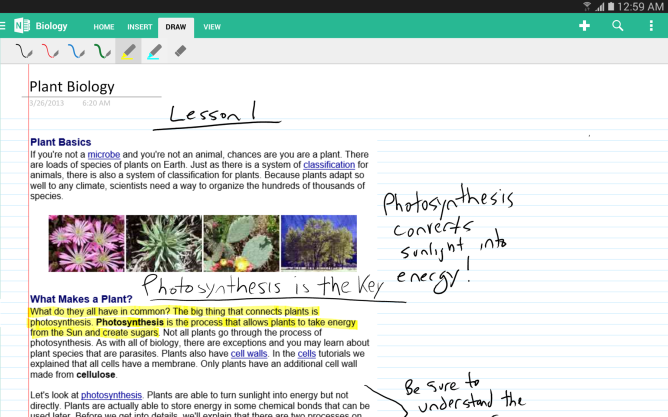 Handwriting support is good to see, but to really take advantage of it, users are better off with a larger device. So Microsoft has used this opportunity to roll out a tablet-optimized UI. In it, we see efficient use of a sidebar that can show the open notebook, section, and page on-screen at once. There's also a basic ribbon that organizes all of the various formatting options. 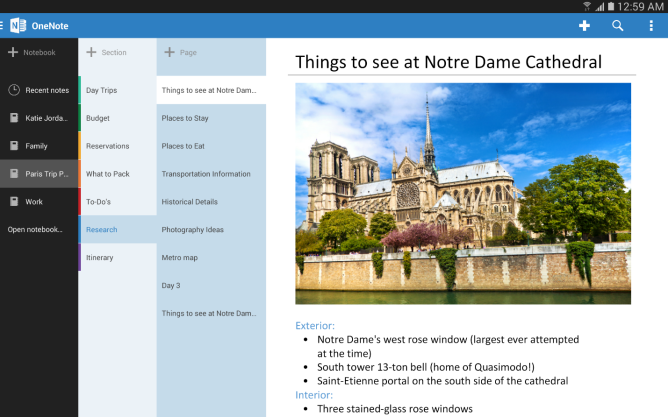 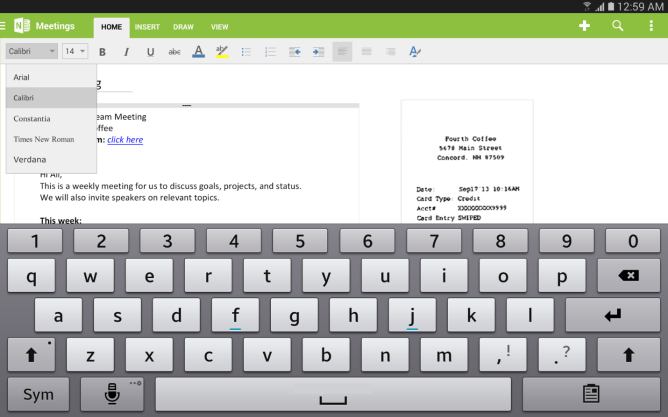 LG G3 support is bundled in too. For more information, view the blog posts below.