When a vastly updated 1Password app hit the Play Store earlier this summer, developer AgileBits still wasn't sure on how it was going to price its revamped product. At the time, the app was free to use for anyone who wanted to put it through its paces, but the company planned to eventually tuck most of the features into a premium version. Now the team has followed through and settled on a freemium pricing model, which it is introducing with the app's 4.1 update. 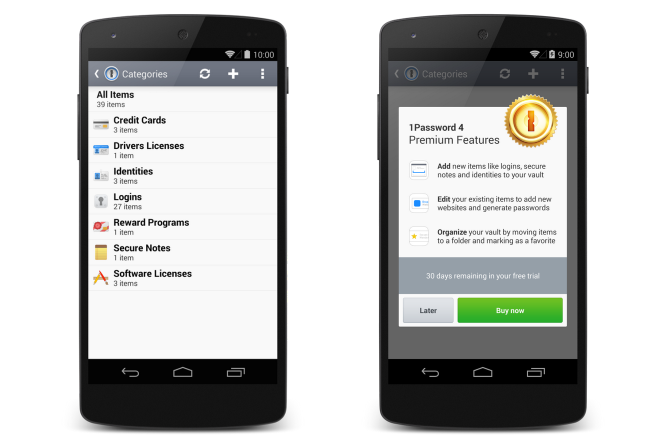 The free version of 1Password will function primarily as a reader app, with users able to view and delete (but not create) items. Other features are also included, such as syncing with Dropbox or Folder Sync, but users will need to pay a single in-app fee of $9.99 (which is currently marked down to $7.99) to get the bulk of the app's functionality. Going premium will let them create items, organize them into folders, and mark some as favorites.

Version 4.1 does contain a few additions that are genuinely new. 1Password will now let users create vaults without having to rely on the desktop version. In addition, developers have packed in support for seventeen more languages.

Here's the changelog, but you should hit up the blog post below for all of the details.