Since the dawn of time, humans have faced a real struggle: the relentless grip of cable companies. When it comes to TV, cable providers know they have you in a corner – all your favorite shows come on different channels, and you're going to shell out all the dollars necessary to get in on the pseudo-action. This is our spiritual war.

Over the past few years, a bold, brave few have journeyed outside of the norm, metaphorically cutting the cord and leaving cable providers in the dust. Modern technology has of course aided in the process, with things like Roku, Chromecast, and Amazon's Fire TV leading the charge against high-priced monthly television packages. 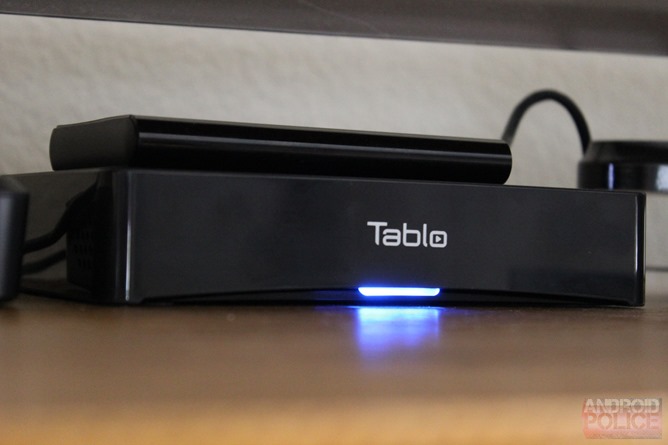 Now, a newcomer enters the arena with a way to watch and record live TV without a subscription to a traditional cable or satellite provider. We're going to take a look at one of the first boxes on the market to do this, called Tablo. Before we get into what it does, however, let's first discuss how it works.

How it does what it does

Back in the good ol' days, one could get free basic television with a set of rabbit ears or a large, ugly antenna on the roof. Since the conversion from analog to digital, all that went away, but brought with it a slew of new free TV. Free HDTV, to be exact. To pull the signal out of the sky, an HDTV Antenna is all that's needed. I'm not going to lie: I didn't even know those existed till now. What a sheltered life I live.

The main issue here, though, is that using an HDTV antenna is very basic. There is no guide. No way of knowing what's coming on next. And certainly no way of recording or watching something later. That's where Tablo comes in: it's a DVR and streaming set-top box for a connected antenna. What a cool idea.

Here's the gist: connect an HDTV antenna, external hard drive, and internet connection (ethernet or Wi-Fi) to Tablo. It has companion apps for iOS, Android, and Roku that allow users to set up the unit for use, which includes a full channel scan and program guide. From there, it's a lot like using a standard cable-connected television.

But there's a catch. Like all companies, Tablo has to make money, thus leading to subscription packages you can buy. These subscriptions range from $5 a month to a one-time $150 fee, depending on what you want from the service. Here's a breakdown of each one:

Five dollars is still quite a bit cheaper than traditional cable service, so that's not a terrible deal. Of course, that also depends on exactly what you want to watch. Let's talk about channels and how well the service actually works.

How well it does what it does

OK, so just to make sure you're up to speed, here's what's happening: Tablo is pulling in the HD signal from the HDTV antenna, then redistributing it over Wi-Fi to all supported devices on the network. The guide, options, and whatnot are all available through the apps, which is essentially the bulk of the Tablo experience. Recordings and such are also managed here, much like DVRs provided by most cable companies.

Now that we're all on the same page, let's take a closer look at channels, content, and how well everything works as a system. The first – and probably most important – thing to note is that available channels are going to vary drastically depending on exact location. As a general rule, small, rural towns are going to get fewer options than suburban or metropolis areas. It sucks, but that's how it is – there's nothing Tablo can do about it, because it's all about what's being broadcasted in your area. Larger, more powerful antennas are likely to pull in more channels, but it's still basically impossible to make a blanket statement regarding coverage. The absolute best thing you can do before even considering something like Tablo is take a look at what's available in your local area. Thank God for the internet, eh? 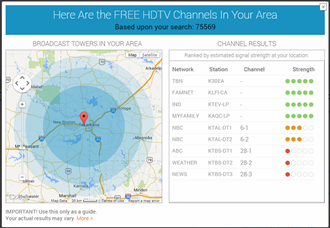 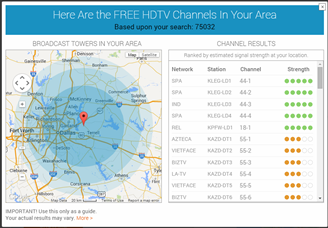 A comparison of the small town where I used to live and where I live now: 9 vs. 73

One other note on channel availability: just because it shows up in the list doesn't mean you'll actually get it. It could potentially still be out of range – it all depends on your antenna.

The final thing that needs to be taken into consideration is streaming quality. Approximately zero channels in my area available to Tablo stream in 1080p. 1080i and 720p are the most common, with many still streaming in 480i. If you can handle some pixels then they aren't horrible, but I can't say I recommend watching anything on an HD display at less than 720p. That dramatically reduces the number of channels that are watchable.

OK! Now that we have that tidbit out of the way, let's talk about using Tablo! Since we're an Android site, I'm going to put the majority of the focus on the Android experience. That said, I'll also briefly cover what it's like on Roku and iOS for those users who may have multiple devices in their homes.

The Tablo app is pretty simple, mostly intuitive, and fairly buggy (that goes for both iOS and Android). Devices don't stay connected to Tablo constantly, so re-connection is necessary every time the app is launched. This generally only takes 1-2 seconds, so it's not an outrageous annoyance, but rather slightly inconvenient (if you can even call it that). After connection is established, the app jumps straight into the Live TV broadcast schedule (read: the guide), which is where you'll find something to watch and/or schedule recordings. The hamburger menu offers a few other methods of finding content, as well: subcategories for TV Shows, Movies, and Sports. This is also where you'll find scheduled and stored recordings, as well as settings. It's all relatively straight forward. The overall layout is identical on both Android and iOS.

There's also a neat feature called "Tablo Connect," which allows Tablo to be accessed outside of its local network, so users can watch TV on the go. That gives people something to do while working!

So that's what the app is supposed to do. Let's talk about what it actually does: crash. Fairly often, in fact. There doesn't seem to be any rhyme nor reason to the crashes, either. Sometimes it happens while scrolling through the guide. Sometimes it's while accessing options. Sometimes it's just kind of sitting there. There's never any sort of force close dialog, either – it just disappears. It can be re-opened immediately, but it's still quite annoying.

Speaking of annoying, the app is only available on tablets. You know, because everyone has a tablet and no one ever wants to watch stuff on their phone. Even if many users would prefer the larger screen, the app has Chromecast support, so a phone is still a useful option. No need for a tablet at all. I hope the company remedies this soon.

There is also one major annoyance when streaming to Chromecast: if you go back to look at the guide, it kills the stream. So you can't look at the guide while watching something else. That drives me crazy. 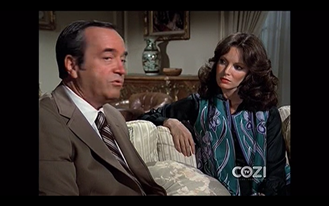 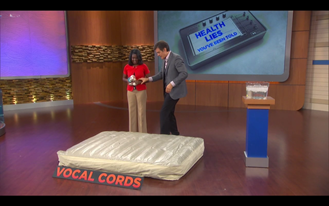 While we're talking about Chromecast support, it's also worth mentioning the Roku app. Compared to the iOS/Android apps, it's pretty basic; no guide, no recording options. You can only view what's currently on, the above mentioned categories, and content that has already been recorded. Of course, the odds are you won't be scheduling recordings from your TV, so it's still pretty functional.

While testing Tablo, something occurred to me: I was pulling an HD signal out of the sky, into a DVR-like box, then redistributing that signal across my Wi-Fi network, grabbing it with my tablet, and redirecting that signal back to my TV over Chromecast. All so I could watch an episode of Bewitched that was filmed in 1965. If Samantha Stevens could see this today, she'd surely be convinced that it's magic.

I wouldn't personally go that far, but I do think Tablo – or at least the idea behind it – is really cool. Unfortunately most premium programming isn't available for free (that's why it's premium), which would still make it difficult for someone who's used to watching a lot of TV to cut the cord and switch to something like Tablo.

That said, if you've already gotten rid of your cable company and stick with things like Netflix or Hulu, Tablo is an excellent way to get a little more entertainment – which includes most local channels – for not a lot more money. It's not a perfect system, and it's a little bit pricey at $200, especially when you consider that you have to bring your own HDTV antenna and hard drive. That can easily push the total cost over $300, so you'll definitely want to double- and triple-check your coverage before making the investment.

It's also worth keeping in mind that there are other companies doing the same thing now, like Simple.TV, for example. I happen to have a Simple.TV just beside my Tablo at this very moment and will be reviewing it in the very near future, so if you're interested in picking up a streaming DVR, then you may want to wait to see how the two compare.

If you just can't wait, though, hit the link below to grab your Tablo today.