We've heard about the newest HTC Butterfly before from Japanese carrier KDDI, but now HTC is officially welcoming it into the Butterfly family. That's not a name you hear much in the US, but it's one of HTC's premier brands overseas. This device will be known as the J Butterfly HTL23 in Japan and the Butterfly 2 in Taiwan, Hong Kong, and throughout Southeast Asia. It's a reasonably high end device, but it's not all metal like the M8. As a tradeoff, it's water-resistant. 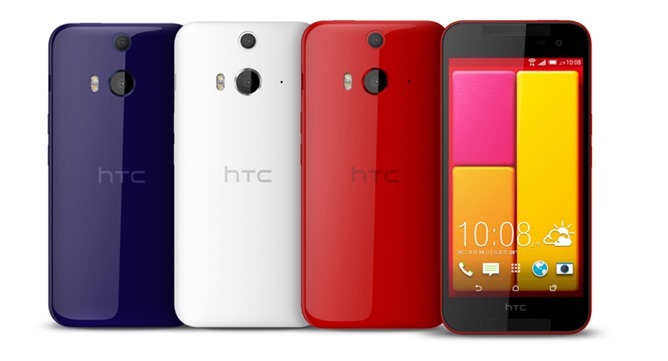 Note, those are the specs for the Butterfly 2 variant. The J Butterfly HTL23 is a few grams heavier and has LTE bands 1,3,17, and 18. You'll notice a lot of the specs are the same as the One M8, with the notable exception of the camera. The 4MP Ultrapixel camera is still used for the flagship device, but some of HTC's other phones, like the new Butterfly, have swapped a standard higher-resolution camera in with the Duo camera. The plastic casing comes in a lot of colors, and is IP57 water and dust-resistant.

The phone drops in Taiwan on September 2nd, then rolls out to other Asian markets after that. It's not expected to come to the US, but you never know. The Butterfly 2 doesn't have any proper North American LTE bands, but the J Butterfly version looks like it might have an overlap with AT&T. No promises, though.

Android 4.4.3 Update For Verizon HTC One M8 Pushed To Mid-September