Earlier this summer word got out that Mozilla was working on a media streaming stick of its own that's intended to be a more open option than Google's Chromecast. The device would allow anyone to cast to it, regardless of their platform or the content they're hoping to cast. Yet even with these big plans, the organization has still taken the time to bake Chromecast support into Firefox, starting with the nightly builds. 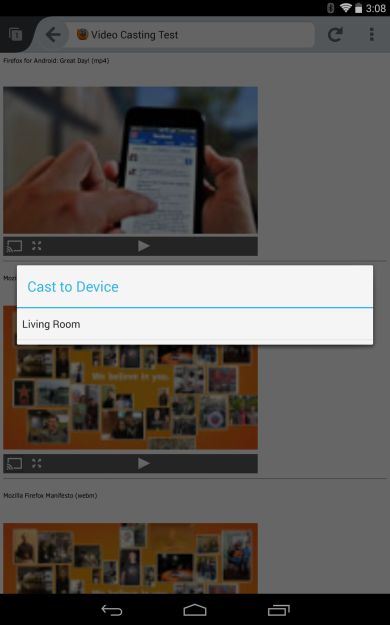 To get everything up and running on your end, just head over to the Firefox nightly page and download the APK. After that, this video casting test page makes for an easy place to verify if everything is working. If the Chromecast icon appears and your device shows up in the Cast to Device pop up, you know you're good to go.

Tablo Streaming HDTV DVR Review: Welcome To The Next Generation Of Cord-Cutting