Earlier this morning, US big box electronics retailer Best Buy let the product page for the Moto 360 loose a little early, and with that slipup came some seemingly concrete information. The Moto 360 will cost $250 - a price which likely comes in at or below most estimates we've seen for the device to date.

There's still no solid ship date, but this number has probably sealed the deal for a lot of you in regard to deciding whether or not to purchase a 360. The product page also claims the 360 contains a TI processor (odd for sure), ambient light sensor, pedometer, heart rate sensor, 512MB of RAM, and will be waterproof to 1 meter. Like all other Wear devices, the 360 will use Bluetooth 4.0 to communicate with a paired smartphone. 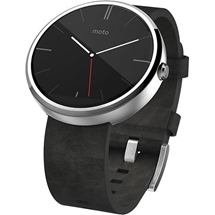 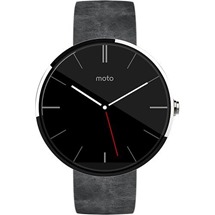 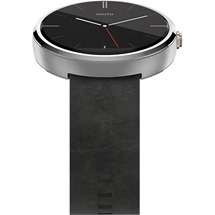 The listing also makes a strange mention of Wi-Fi, though this could just be an error on Best Buy's part (unless Moto is going to do some trick Wi-Fi stuff with the 360). The included band is a black leather strap sourced from another Chicago company, Horween, likely as a "locally grown" sort of shout-out.

So, with this information in hand, will your wrist soon be wearing a 360?

You Can Now Read Our Awesome Android Police Articles On Drippler