The Magic-style collectible card game has remained one of the most consistently profitable free-to-play genres on mobile devices. That might explain why every hot-ticket property from Star Wars to Tekken wants in on the action. The latest slightly baffling addition to the pile of CCG titles comes from the World Wrestling Federation Entertainment. Feast your eyes on WWE SuperCard, a game that forces big, burly actors to fight each other with tiny scraps of cardboard instead of fake punches. 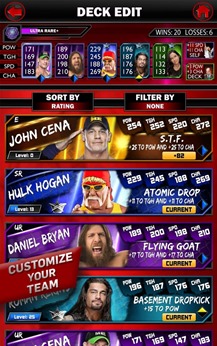 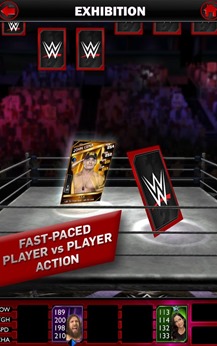 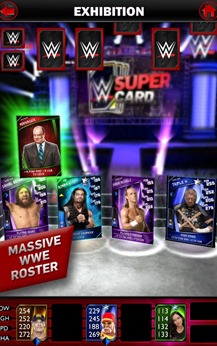 But wait a second, this game isn't just spawning Frank The Steroid Abuser into the ring when you play his card. That's what you might expect if you've ever caught an episode of Yu-Gi-Oh by accident. No, in WWE SuperCard, the little paper cards actually fight each other on your screen. It's wacky, confusing, and kind of surreal - which at least matches the source material, I suppose. With over 400 cards in the current lineup, obsessive fans of the WWE should be able to find all their favorites with patience.

The primary game is focused on online multiplayer, where you pit your "deck" of wrestlers, divas, legends, and managers (what?) against another player's in one-on-one combat. Winning gets you credits, which you can use to level up the cards you have or buy new ones. The free-to-play structure allows you to buy credits with real money, but the random nature of the card drops should help alleviate at least some of the "pay-to-win" nature of similar titles.

Humble Bundle Android App Gets A Huge v2.0 Update With New Design And Access To Soundtracks/Ebooks