HTC has just updated the Zoe app in Google Play with support for a few non-HTC phones, but support will supposedly expand soon. The Zoe app isn't the same as HTC's Zoe camera feature in the HTC One, but it might still be interesting if you're down with making and sharing videos. 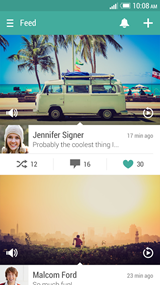 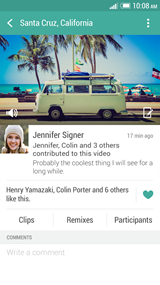 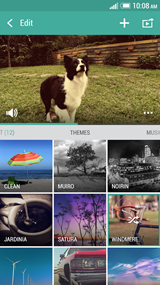 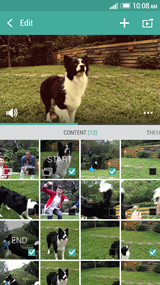 This is a beta release of the app, so you can only use it with certain devices. We're seeing the Nexus 5, Galaxy S5, Galaxy Note 3, and Galaxy S4 all on the supported list. Phones like the LG G3 and Moto X are not able to run the app yet (through official channels). Zoe is supposed to be available on all phones from LG, Samsung, and HTC running 4.4 or higher, but it appears they're still working on that. We've got the APK below for everyone else. 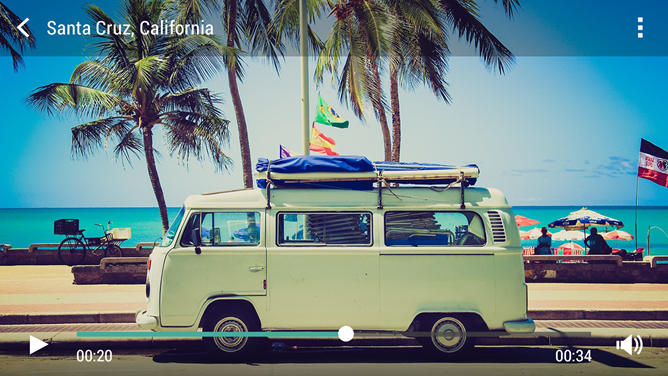 Zoe lets you choose images and videos on your device to combine into a montage with effects and music. It's not a camera app that lets you actually record short videos and pull out full-resolution stills, which I feel like is the coolest part of Zoe on HTC's phones. This is just the Video Highlights feature. The Zoe app requires a Facebook or Google+ login, but allows you to share to any service that's plugged into Android. Sharing is a little janky right now. When I tried to send a Zoe to Google+, it just pulled up a link with no video preview. So, your mileage may vary. The app is also a feed of Zoe images from other users, who you can follow and share with. Note, all your Zoes can be set as private if you like.

For unsupported devices, you can download the APK and sideload. We've successfully tested on the LG G3 and OnePlus One, but remember this is a beta. No promises.

Note, this APK doesn't have the full set of themes as those can only be downloaded as part of the Play Store installation (an obb file). Version 1.1 Of Dropbox's Mailbox App Learns How To Handle Spam And Put Annoying Messages In ...